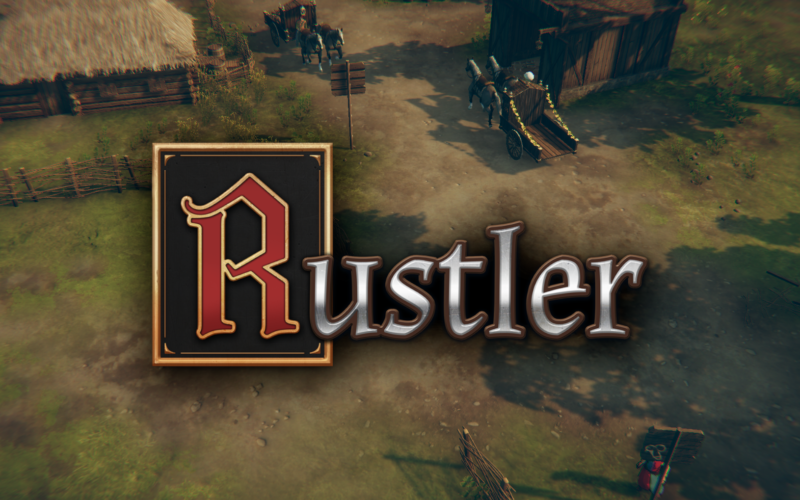 **Note – This Rustler PC Ultimate Walkthrough guide is still being created. It will look like a mechanics toolbox for the time being until it has been completed. Feel free to use the directory until it is finished! But mind the mess!**

Rustler (Grand Theft Horse) is a game created by Jutsu games that takes inspiration from the original grand theft auto titles. envisioning them inside of a medieval world that plays parody (much like the flintstones) to todays society. The game is incredibly challenging to play and control. But with the help of our Rustler PC Ultimate Walkthrough, you will fly through the game – One dead knight at a time!

Rustlers first mission, it is the introduction and an insight into what the game offers, as well as covering the basics on the game. You are tasked with stealing a horse for Buddy.

High Season is the second Quest on Rustler, you are tasked with killing a knight in the forest. You don’t know why exactly, but orders are orders!

Mission 3 – Guy That knows a guy

Guy that knows a guy is the third main quest in the Rustler storyline. Find John the bard so that he can get you access to a forger, a guy that can fake your nobility documents in order to grant you access to the Grand Tournament.

Death on the Beach Mission Guide

Death on the beach is a side quest on Rustler (Grand theft Horse). Dress up as death and scare some bandits that are causing problems for the locals on the beach… That and they provide the gravedigger with poor custom…

Combat on Rustler can be difficult at first. Though as you learn to master the blade you soon get used to it. Read through our combat tips to become an efficient fighter!

The best weapon on Rustler is by far the Sword & Shield. Spear is also a decent choice for people wanting to keep enemies at length.

Block as the enemy strikes, this will lead to the enemy being vulnerable to attacks for 2 seconds. In addition to this, Press space to dash into people with spears and halberds. Keeping them at close range makes their life very difficult when trying to land hits on Guy.

Also, if you see the enemy powering up a heavy attack. Dash away using space so their attack will end up slashing at air. Even use this opportunity to dash in behind the enemy if you see a chance. This will ensure maximum damage.

Skills in rustler are the backbone of any successful playthrough. Tailoring your build to how you want to play through the game.

Spongeguy is an incredibly useful skill for keeping you alive against a barrage of attacks. On a game that punishes death by sending you back to checkpoints dating back years. Dipping your hands into the securities of spongeguy is a must.

5% a level doesnt give you too much bang for your buck, though 15% is a significant increase on the base damage – The problem comes with the cost to get there. I wouldn’t make this skill a priority. But I would at least get it to level 1.

Level 1 – Fatal hit leaves guy with 1 HP instead (once per critical health state).

Level 1 – Grants a chance to retrieve a fired bolt from a dead body.

Level 1 – Guy can pick up items while on horseback.

Level 1 – Making a U-turn knocks down nearby enemies.

All Good in the Wood(s)

My Uncle’s a sergeant

Level 1 – Guy doesn’t lose his weapons after being caught by the guards.