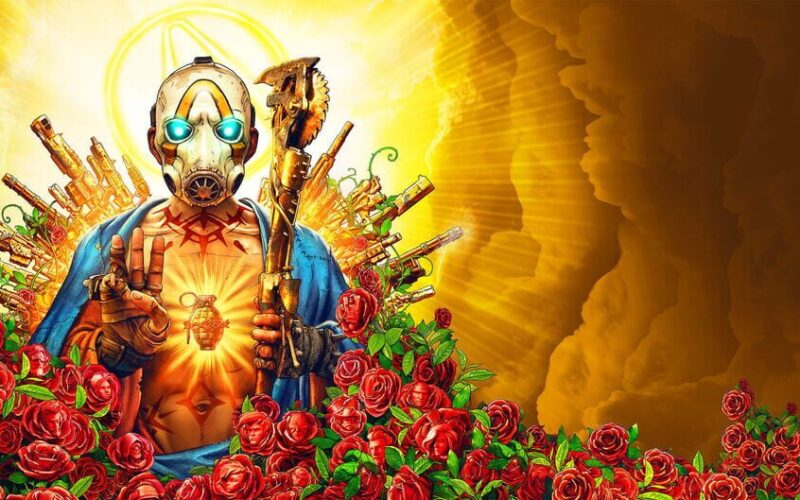 It has been over a year since 2k Games released the latest instalment of the globally beloved Borderlands series, Borderlands 3. Despite donning its almost comic book art style, This game still ranks among the most graphically demanding games on the market.

This game, as ever, was a massive hit among gamers when it was released in September of 2019. But a year later is it still worth playing? found out in our 2020 Borderlands 3 Review!

Borderlands is a frontrunner in Shooter-RPGs, and this is due to its solid gameplay, quirky characters, and the steady rate of progression. Borderlands 3 borders on being a sandbox. With the player being able to fast travel between all of the zones.

If you are new to the borderlands series, Playing the originals first certainly does help you understand the returning characters, but I wouldn’t say it is essential to understanding the story of Borderlands 3.

If you have friends up and raring to go to play this title then that is a big advantage, as the game focuses rather heavily on the social aspects of the game. Although it can be enjoyed solo, the game takes a whole new level when experienced with a friend.

A big selling point of Borderlands 3 is the HUGE variety of guns, grenades, shields, class perks, skills – The list goes on. You Pick between a list of 4 characters, each character is essentially their own class.

Zane (The Operative) – Zane has a number of available playstyles available, He can deploy shields to shield him and his buddies from oncoming fire. Alternatively, he can deploy a double agent that distracts enemies, allowing for Zane to Pick off the distracted enemies. This character is best experienced for players whose preferred weapon of choice is the sniper.

Amara(The Siren) – Amara is a hugely diverse class, on one hand, she can be geared for pure destructive melee carnage. On the other hand, she can be focused on being a utility player, using her phasing abilities to lift enemies into the air, allowing for an easy focus fire kill.

Moze (The Gunner) – There is no mystery to the focus of Moze, she focuses on raw firepower. comparable to the Gunzerker in borderlands 2. She focuses on pure mechanical combat, allowing for her to call in a big Mech for maximum damage.

FL4K (The Beastmaster) – FL4K is a giant robot who can summon pals to fight alongside him, he has the ability to dump mega forms of his pets on top of enemies and watch them rip s*** up. Alternatively, he can use these pets to boost his own stats. For players who struggle with shooter games, FL4K is very forgiving, this is due to his ability to go invisible when things go south. Allowing him to remain hidden for a period whilst he restores health.

This gun boasts a huge variety of guns, some quirky, others pure chaotic. The limitless amount of guns available on borderlands titles plays a massive part in the enjoyment and discovery of the game, So I don’t want to go too much into it and spoil anything.

The vehicles on borderlands 3 are also relatively customizable. when playing alone the weapons on some vehicles are quite problematic to control whilst maintaining focus on the driving. But with a second player mowing enemies down whilst a friend fires from the mounted gun is a hell of a lot of fun and never gets old. Vehicles play a huge part in Borderlands 3, much like they did in previous titles.

At the time of review, there have been 4 Reviews released. Which is where the Season Pass draws its line on included content. so, unfortunately, any content beyond this point will have to be purchased on top of the season pass, unless 2k Games make any other plans.

Each and every DLC that borderlands 3 offers adds roughly 10 hours off playtime when completed fully. Which with the season pass equals up to 40 hours of gameplay, for me that is well worth the purchase of the season pass.

Overall, to complete the base game and all DLC provided through the season pass, the player is looking at roughly 75 hours of solid game time (Based on personal experience combined with data from howlongtobeat.com)

The graphics on Borderlands 3 is artistically stunning, but don’t be deceived by its relatively simple-looking design, If your computer isn’t mid-high range it will struggle to run the game to a comfortable standard.

The character design is where this game also excels, Whether it is returning characters to the series or brand new entries. The range of characters on the game is an absolute breath of fresh air. And you get introduced to a ludicrous amount of characters during your playthrough.

Some say that Borderlands is Cel-Shaded, Others say that it is comic book style. And I can’t say that I can agree with either. The art style is a first of its kind, a category in itself, Borderlands Style art design. I have never seen a game, movie, comic, anime or TV show that shares the same aesthetic beauty and uniqueness that the design of Borderlands possesses.

Borderlands 3 is a continuation from the second, but it is in no way essential for you to have played the originals for you to enjoy the story of Borderlands 3.

Borderlands 3 takes place seven years after the ending of Borderlands 2. You control 1 of 4 of the newly available vault hunters (as mentioned before) who have been recruited by the Crimson Raiders of Pandora in order to stop Twins Troy and Tyreen Calypso. who, through the use of propaganda and other means, have gathered up the remaining bandit factions to fight under one banner. To seek out the ‘Great Vault’…

The story unravels itself so artistically, at times hilarious, and at other times flipping the coin and adding some serious tones. This mixture really adds to the bonding between player and character. Complemented by the many returning characters that previous players have shared an enormous amount of time with already.

The voice acting is what is to be expected with a AAA title. the range of voices is fantastic, and every character’s voice fits exactly how you’d think the character would talk.

The sound is flawless. explosions, voice acting, ambient music are all implemented to perfection. The game also includes a smooth transition between an NPC talking to you directly and you going out of sight, where once out of range the NPC will finish the sequence over the communications. This helps out hugely for when a player has spoken to an NPC to move the story along whilst the other player isn’t in the area. It feels so natural.

Whether you are a returning player or a player that is new to the series. I couldn’t recommend Borderlands 3 enough. A year since release and 2K Games are still consistently brining out content for the title – Including DLC’s and little events such as double XP, increased drops etc.

Borderlands 3 Review (PC) - Is it still worth playing?

This game, as ever, was a massive hit among gamers when it was released in September of 2019. But a year later is it still worth playing? found out in our 2020 Borderlands 3 Review!

Masterpiece - There is a reason this game has such a cult following, and it is fully justified. Even a year after launch, there is so much to do in game.

Luke PillarSeptember 23, 2020Masterpiece - There is a reason this game has such a cult following, and it is fully justified. Even a year after launch, there is so much to do in game.9.5110
Your RatingUser Rating: 4.9 ( 1 Votes )
Previous PostNBA 2K21 PS4 Pro Review - Is it any good? Or is the greed of microtransactions taking over? Next Post PGA Tour 2K21 PS4 Pro Review - Does it hit an Eagle or does it fall foul in the rough?

2 thoughts on “Borderlands 3 Review (PC) – Is it still worth playing?”