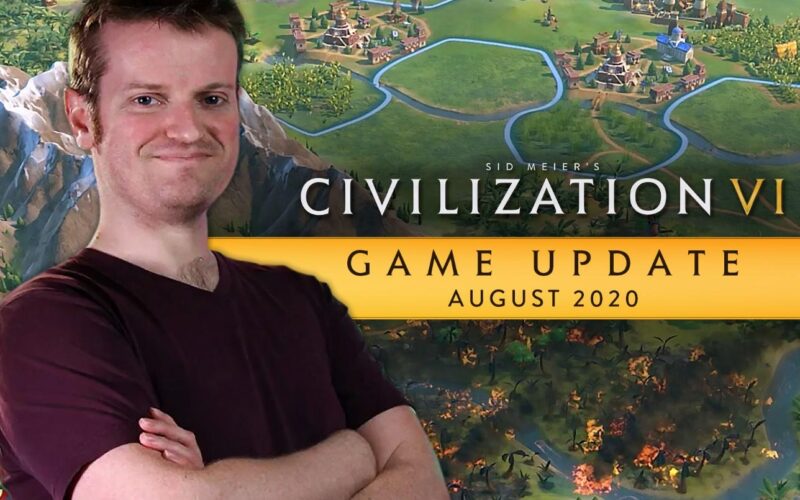 Today, Firaxis shared a new video highlighting upcoming changes, adjustments and additions coming to Civilization® VI in the August game update, which is scheduled to go live on Thursday, August 27. Ahead of release, Firaxis will be doing a community livestream at 11 a.m. PDT/ 2 p.m. EDT/ 7 p.m. BST on Wednesday, August 26.

In addition to balance and update changes, each game update includes a new feature such as a scenario, game mode or customization. This month’s update includes the Natural Wonder Picker, Tech and Civic Shuffle Mode and changes based on player feedback.

The Natural Wonder Picker enables players to manually select which of Civilization VI’s natural wonders will randomly generate on the map.* This is a great feature for players to discover some wonders that they may not have seen before or exclude some that they dislike, giving players even greater control over how they want to play the game.

The Tech and Civic Shuffle Mode adds a new wrinkle to how players can progress their civilizations forward. In this mode, positions and identities of each Tech and Civic are hidden while prerequisites and costs are randomized. The benefits of completing Techs and Civics are the same – for example, researching Mining will always unlock mining improvements – and the randomized tree is the same for all players. This results in a fair and level playing field for everyone and introduces an element of discovery and randomization, rewarding those who can react and adjust quickly.

Following player feedback, some new adjustments are making their way to Civilization VI. This includes changes to forest and jungle fires, which will burn longer before changing to a burnt-out state, as well as tweaks to Government Plaza effects. Full details will be available in patch notes that release alongside the update on Aug. 27.

The August game update is one of many free updates that are a part of the overall content roadmap for Civilization VI, available to anyone who owns the game.

Previous PostTop 20 Among Us Tips to Win Every game! Impostor + Crewmate Next Post Call of Duty Mobile Season 9 Conquest Begins