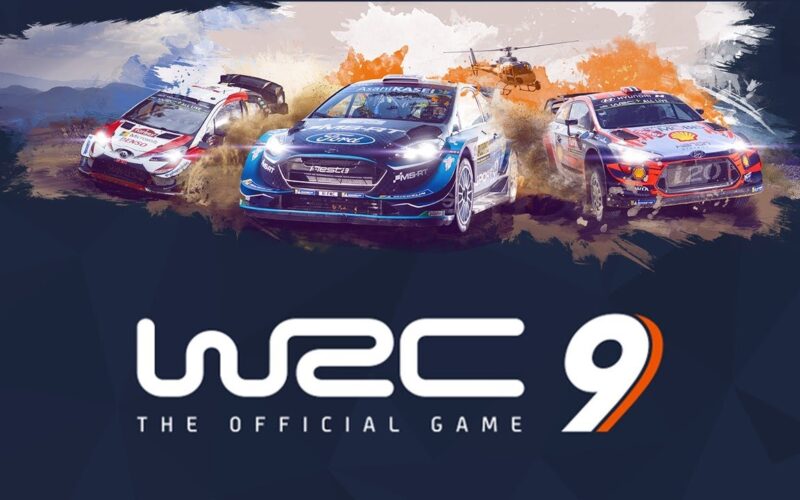 WRC 9 PS4 Pro Review: For those of you that don’t know, WRC 9 is the yearly official release of the World Rally Championship. Traditionally held across 13 events around the world, drivers are timed on stages racing from point A to point B across various road surfaces. A driver races a car at maximum attack whilst a co-driver sits alongside reading out course directions. To be honest however, I do think that most people now know this.

The world of Rallying was made famous on gaming platforms by the Colin McRae series which later became the DiRT series and for me, it is hard not to try and compare the games. I have always been a huge fan of the Codemasters series and have played every title that has been released since the first ever game came to the PS1. However, the DiRT series has now become much more focussed on arcade styled racing whereas WRC is much more of a simulation racer.

I have played earlier titles in the WRC franchise and if I am being honest I wasn’t a fan. The controls felt awful and unresponsive and was much harder to get into than what I had hoped for. With a good few years since my last attempt I had hoped by now that Nacon had perfected the game a little more than what it used to be.

As the game is an official licence for the FIA WRC, you do race against all the official drivers and cars across four different classes which are dependent on the drive of the car (front wheel drive, rear or four wheel) and power of the car.

When you first start the game it does seem a little daunting with so much information thrown at you, but sit back and try and take it in and it does become easy to understand.

The main focus of the game is the career mode (it usually is with these types of games) and the idea is to work your way up from Junior WRC, through WRC3, WRC2 and then on to the main WRC to try and win the overall championship. The team you build is under your full control which includes adding various staff to man different departments but are also time sensitive meaning that you can only use them for a set amount of races before you will need to replace them.

Beyond that you choose the vehicle you want to race with, take charge of personnel upgrades, contract offers which may come your way, objectives that need to be fulfilled and of course, winning the rallies. Between the rallies in the game the choice of what you do is up to you. You can either take rest days, practice and perfect your driving skills out on a few test courses or take part in historic rallies. If you choose to do the latter you can seriously build up your reputation with manufacturers of the cars so that at the end of the season they will be fighting for you to drive their cars if you have performed well enough for them.

Taking to the track can be a pain in the backside at first. The handling was still as awful as I remember it being and the car felt totally unresponsive to my commands, even after the brief introductory stage that takes you through the games mechanics. What I did remember eventually that this game has been released by Nacon and they have a habit of setting up a racing game with the worst responses to control inputs ever. I had the very same issue with Isle of Man TT 2.

For some reason Nacon thinks that everyone wants controls to be sluggish so the vehicle you are controlling wont turn as fast as you want it to and throttle input is delayed badly. A few minutes running through the options menu and I had my car flying over jumps and drifting perfectly around corners.

Another issue with the rallies is that the AI balancing is off. You can have what feels like an amazing run where you pick up no damage and take every part of the course perfectly and be down on the times of other racers and then the next stage comes along and you can literally wreck your car hitting everything in sight and be way ahead of the rest of the field. There is no real consistency here.

Move past those issues and what you do have is a great simulator. It does seem that Nacon has taken great care in improving the titles year on year. I went into PS Now and tried out a couple of the older titles again so that I could compare and was pleased to say that everything about WRC 9 feels vastly improved over WRC 8. Especially when it comes to the cars handling mechanics.

Last years release saw the car being thrown off the road just by hitting the smallest pothole in the road. This year the suspension soaks it up beautifully allowing you the feel of being able to push the car to its limits. Get it wrong and the game will punish you but not as stupidly as last year.

The cars have been given weight to them it seems. That may sound like a strange thing to say, but it is an obvious factor in the game. There is a learning curve to the handling thats for sure. There were a few occasions when I started out that I was on a straight stretch of road surface putting my foot down and I struggled to keep the car under control weaving from side to side as wheels were spinning under me.

Minor corrections in my steering and accelerator inputs through my finger and away I went again with the car doing as it was told. Its all about learning to adapt to the game. The quicker you learn to do that, the quicker you will be flying around the tracks.

It is worth noting at this point however that although WRC 9 is the official game to the FIA WRC, the tracks that are in the game do not represent official tracks but are still great to behold.

This season does see the addition of some new locations which includes Kenya, New Zealand and Japan. New Zealand has always offered some of the best roads in Rally history and were always a firm favourite of mine in the Colin McRae series and are great to drive in WRC 9 allowing you to feel a great sense of flow between corners. On the opposite end of the scale however is Kenya. It feels empty in comparison to most of the other locations around the world.

Over last years release the game feels polished. Even the tracks that have been carried over don’t feel like they have just been directly ported over without work. Whereas it felt with F1 2020 that most of the game and race tracks had just been used again with no work on them, the tracks here feel fresh and if it is possible, better to drive which is probably down to the better handling physic that have been implemented.

It doesn’t just stop there though. Driving at night looks great; lights in the distance that should help you find your way in the pitch black stand out easier. The dazzling sunrise on some tracks feels beautiful, but also causes glare which hampers your view. You can tell that work has gone into the lighting effects as well here. Then there is the dynamic weather that comes with racing. One minute you can be flying along at top speed on a dry course and the next you are having to use your headlights and the heavens have opened above you with your tyres struggling to grip the surface.

The engines of the cars do still sound the same as they would on most games of this nature, but you can also hear the squeaking of the breaks, transmission whine and tyre scrubbing on the various surfaces. All of these little noises adds well the the authenticity of the game and give you a strange sense of being one with the car and all its little foibles.

Beyond the main career mode of the game the only other real options that are worth noting are online multiplayer as is standard with these games now, but also the Esports section which has taken off over the last few years and does now seem like it will be a standard addition to games like this.

The future promises for this game does seem like it will have a longer shelf life than most. With the promise to add a few countries not featured as well as PS5 upgrades it certainly offers a bright future for this instalment of the franchise. Certainly a game that I can’t see myself getting tired of any time soon. We will see what the next DiRT title brings however.

What used to be a terrible title has certainly improved over the years. It is great to see a game studio develop with their releases doing the same.

AndiSeptember 28, 2020What used to be a terrible title has certainly improved over the years. It is great to see a game studio develop with their releases doing the same.8.5110
Your RatingUser Rating: 0 ( 0 Votes )
Tagnacon online racing Rally WRC 9
Previous PostCrusader Kings 3 Review - An Amazing New Standard for Strategy Next Post NBA 2K21 PS4 Pro Review - Is it any good? Or is the greed of microtransactions taking over? 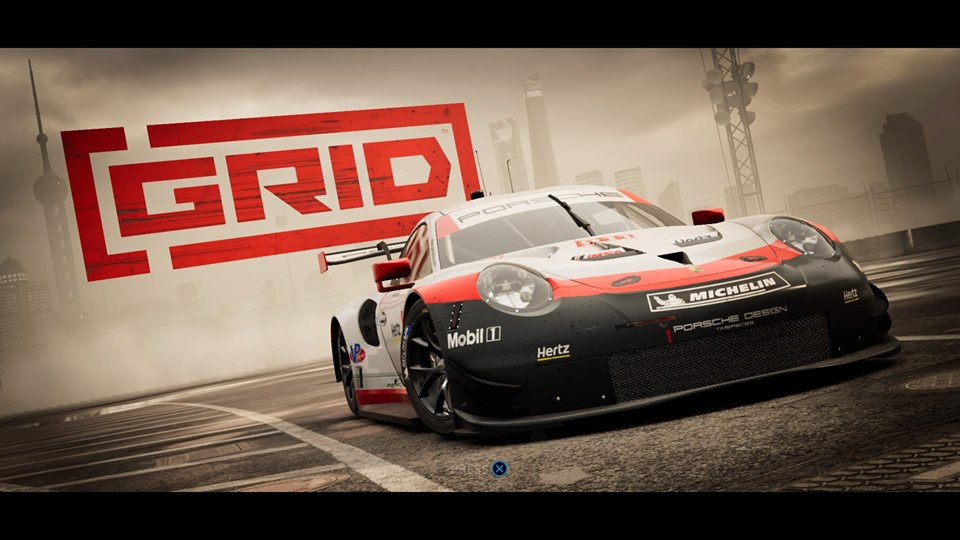 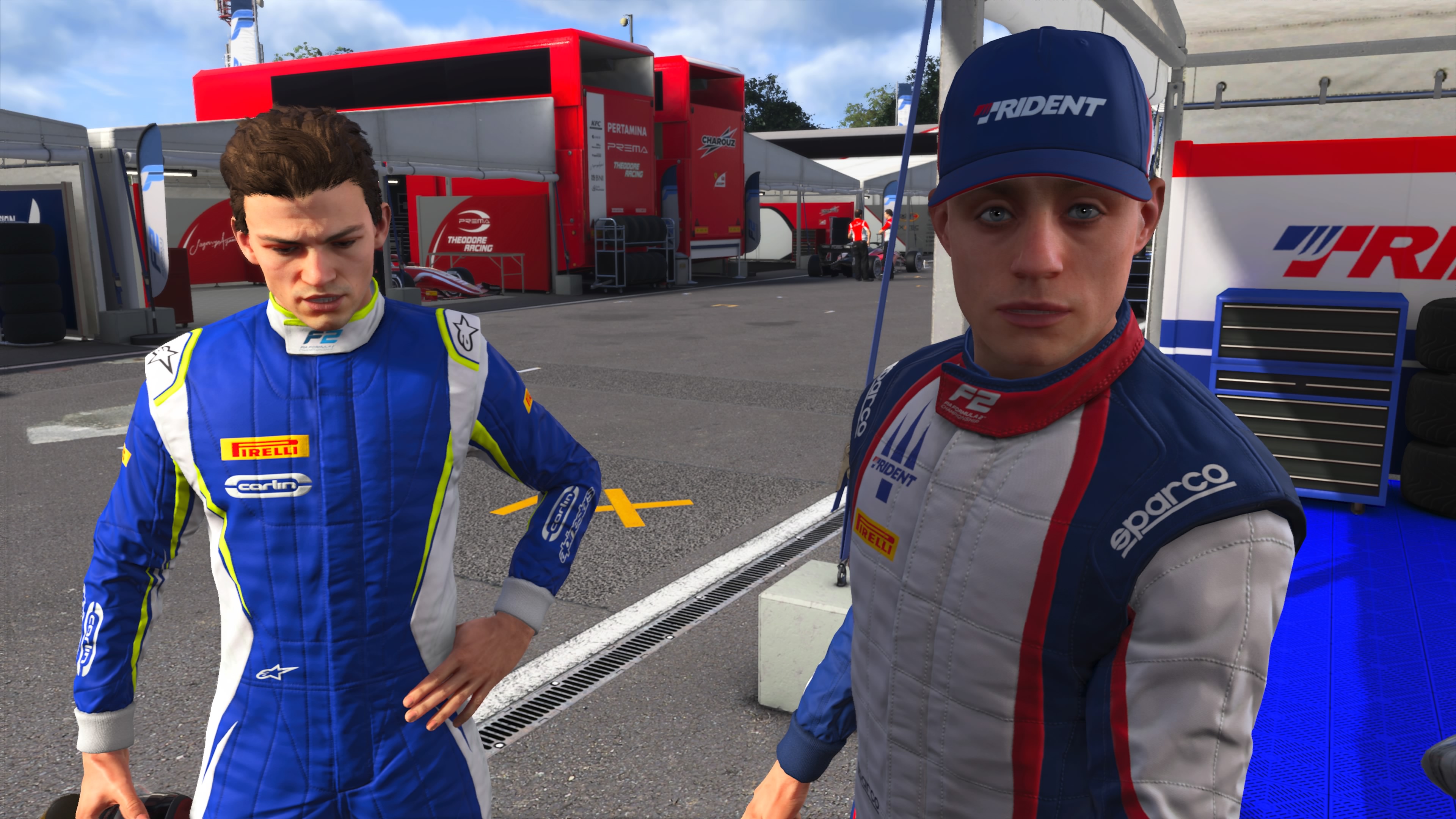 
4 thoughts on “WRC 9 PS4 Pro Review – Is the off-road rallying frenzy any good?”