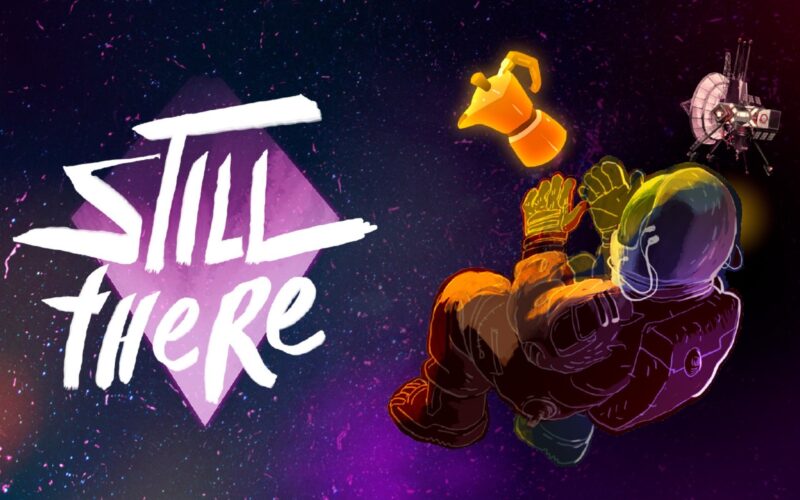 In space no one can hear you recycle your pee.

In Still There you play as Karl, the keeper of the Bento space lighthouse. Your job is to provide data on various stars, carry out routine maintenance and screen radio broadcasts all while trying to recover from your past trauma on earth. Life on the Bento is simple, there are no windows and your AI Supervisor Gorky keeps you on task and acts as your only, if a little robotic, friend. That is until you receive a life-changing SOS message.

The story explores the ideas of isolation, grief and loss. The story of this game is definitely one of its best features and I don’t want to ruin it by saying too much but the story is compelling and emotional. Even if it did sometimes lack a bit of subtlety.

Rather than developing the story’s themes over time, the game has a tendency to give you information about Karl’s backstory rather abruptly and talks about the themes rather openly for a character who is struggling with them. It was just a little too on the nose for me.

The story is told through in-game dialogue and environmental exploration; this, combined with the dark humour of this game was enough to keep me interested and engaged despite the extremely challenging puzzles I was tackling.

Being a classic point-and-click game the controls were incredibly simple, so much so in fact that the game only requires a mouse to play. The lighthouse has no windows so your game is centred on spinning around the beautifully drawn control room/living quarters to cook, eat, recycle your own bodily fluids and complete various challenges and puzzles.

The puzzles themselves are extremely challenging but always unique and interesting.You are given the option to have slightly easier versions of puzzles when faced with the games most challenging ones (even being able to skip some of them altogether) but it feels extremely rewarding to beat the game without doing this.

The puzzles rely on you using the environment around you; looking at post-it notes, objects and the lighthouse’s technical manual. This aspect of gameplay definitely makes the challenges seem more realistic and sometimes twice as challenging. I will say, however, that if you do not have a scientific/logical thinking mind these puzzles may prove challenging to you, as they certainly were to me.

Thankfully the game does provide you with some assistance when things get too tough, with Gorky (Your AI Supervisor) giving out helpful hints if you require them. I do nevertheless wish these hints were sometimes a little more specific as even with help I sometimes struggled to complete puzzles.

The art style of this game is simply beautiful. The cartoon style of this game adds to its overall charm and it is a genuinely pleasing game to look at for hours on end. The dream sequences provide a slight break from the space you circle round in the lighthouses and are equally beautiful, with the developers showing off the knowledge of their craft. The simplicity of the game and the drawn art style meant that this game was
not graphically challenging and therefore always ran smoothly. I can’t explain how beautifully drawn and detailed the graphics are for such a simple game.

The soundtrack of this game is lovely. The soundtrack is gentle and non-invasive by design – you can get stuck in the puzzles of the game for ages without the frustration of being annoyed by a repetitive soundtrack. It was also atmospheric and helped to express Karl’s grief and struggle when needed.

There is a repeating challenge where you are required to connect and play a very small keyboard to send beacons to other ships, the challenge of playing the right music notes and melody was definitely one of my highlights. The ambient sounds were also great, none of which seemed out of place or strange. Overall the sound design of this game was flawless.

Overall, Still There is utterly charming.
The story is real and interesting, the gameplay very challenging and the soundtrack and graphics are stunning. However I do feel this is not a casual game, it requires a lot of technical knowledge and can last anywhere between 6-10 hours due to the complexity of it’s puzzles.

The humour and interesting story easily make the frustration of the puzzles bearable and you find yourself coming back to experience more plus a game that doesn’t hold your hand is also a rare find. If you are a fan of puzzles and environment led gameplay then I recommend keeping this game on your radar.

I will say, however, that the way the game explored its themes was just too in-your-face for me. I would have liked to explore Karl’s grief and his reasons for isolating himself on a space lighthouse at a much slower pace, it didn’t seem right for him to be so open about them when he was actively running away from them. This didn’t detract from the fact the story was still moving and compelling and made for a very charming game.

Available on Steam and for Nintendo Switch

The Company Of Wolves 1984 Film Review(Spoilers)

Pangeon PC Review – Is It Worth It?

Ancestors: The Humankind Odyssey – How I Am Definitely Not Qualified To Be A Human Being In 2021

An utterly charming game with beautiful graphics and soundtrack! 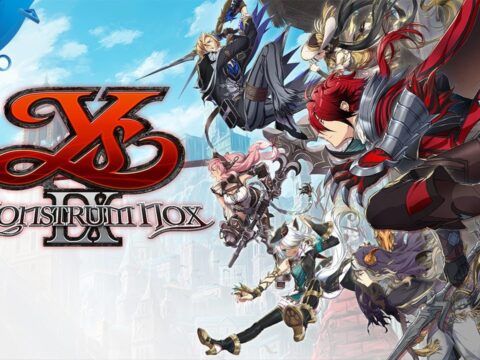