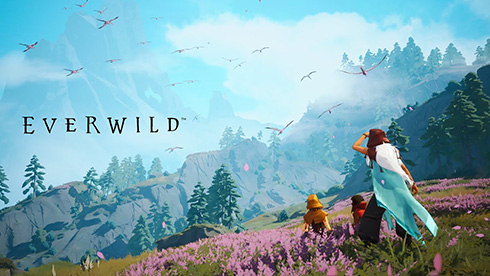 Even for a studio with as long and rich a legacy as Rare, today has been a special day.

At this evening’s X019 event in London, we were able to share with fans some of the incredible things that the different teams at Rare have been working on. This included talking about the next monthly update for Sea of Thieves, as well as giving fans a first glimpse of the next IP from Rare, Everwild.

It reminds me of the last time we made two big announcements at an event, which was E3 2015 where we announced Rare Replay and showed the world our unique vision for Sea of Thieves. This feels as big a moment for Rare as it did in 2015.

While Everwild is still early in development, we are very excited about the unique potential of the game we are creating. The Everwild team is focused on building an experience that allows for new ways to play in a natural and magical world. The development team, led by Executive Producer Louise O’Connor, is creating something truly original and incredibly special that aims to be more than just a new IP. Everwild will offer memorable, engaging and meaningful experiences for players everywhere to share. We cannot wait to share more with you in the future.

We are also pleased to unveil the next FREE monthly update to Sea of Thieves, The Seabound Soul, arriving on November 20th. This update features an all-new, lore-focused Tall Tale mission for players looking to play their part in a thrilling story. Join Captain Pendragon to uncover the mystery of the feared ship, The Ashen Dragon, and reveal the secrets of a sinister new threat. For those yet to play a Tall Tale, these narrative-driven stories are our take on a ‘campaign’ but set within a rich shared world of adventure.

This update also brings the heat to Sea of Thieves with the introduction of firebombs! This explosive ammo can be thrown or loaded into cannons to put a fiery panic in the hearts of opposing crews in both Adventure and in The Arena modes. Added to this are new Commendations and cosmetics to earn, and new pet breeds, emotes and ship cosmetics to buy in the Pirate Emporium. You can play Sea of Thieves on Windows 10 PC, Xbox One and with Xbox Game Pass.

Having two large games in development represents a tremendous opportunity for Rare and the talented staff here, as we grow and further evolve the studio to meet the challenges of simultaneously operating a successful live service and being in pre-production for a new IP. While Everwild and the team building it will get everything they need, we are still fully committed to Sea of Thieves – Joe, Mike, Shelley and the team still have plenty of creative ideas and plans to bring to Sea of Thieves for a long time to come, and we have a number of central teams that support both games.

Finally, on behalf of everyone at the studio I’d like to thank all the fans for their tremendous support of Rare, from the millions of players who play Sea of Thieves to those who engage with our community, playing together and sharing stories. It means a huge amount to us, and it’s the passion of our fans that inspires our team to create the kind of games the world doesn’t have, that are uniquely Rare.

Previous PostYes, Dead Island 2 is still alive and it's going to be a "kick-ass zombie game" Next Post PHYSICAL LAUNCH EDITIONS* OF TERMINATOR: RESISTANCE INCLUDE FREE 2 ISSUE DIGITAL COMIC: