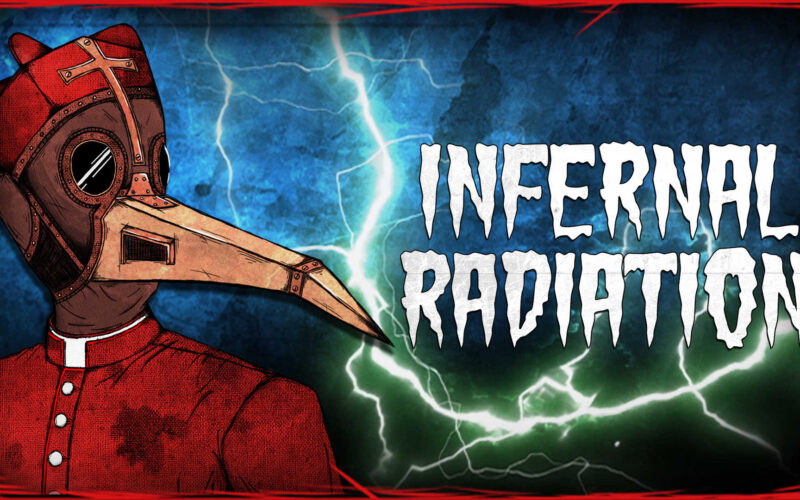 On 30 April 2020, we mentioned the Free PC Demo Of Upcoming Horror Action Game, Infernal Radiation. Well, Infernal Radiation is in Early Access now for PC, which means that you can try out the full arcade game before the official release at the end of the year.

Infernal Radiation, now in Early Access, is a project developed by Asmodev, a Polish studio currently also working on Priest Simulator. The PC version will be published by Art Games Studio S.A. and Ultimate Games S.A.

Asmodev’s Infernal Radiation Early Access game is a unique title set in a world combining gothic and dark fantasy elements, full of horror and black humour. The creators have also focused on a unique audio-visual style.

In Infernal Radiation Early Access, the player steps into the shoes of an unyielding exorcist. The main protagonist finds himself on Halloween Island, a place struck by tragedy – an explosion of a power plant that produced energy from hellfire. As a result of this unfortunate incident, many people have been exposed to infernal radiation, leading to numerous possessions around the island.

“Infernal Radiation is an arcade title with a strong macabre atmosphere. We have based the boss fights, and there will be more than 20 of them, on primitive mechanics. The rules are simple, but hard to follow. Just like in life. Completing the game on all difficulty levels should give you a thrill of perverse satisfaction” – says Mim, one of the game’s creators.

For now, Infernal Radiation Early Access is available on Steam. This phase will last approximately 4 months. As the developers explain, the main elements and the main storyline are ready, but the game will get some fixes and improvements.

“During these few months in Early Access, the Asmodev team will, among others, improve the balance of the game, expand the ending, additionally diversify the graphic design, prepare a set of achievements, refine the sound of the game and introduce some changes to the interface. The final game should be ready at the end of 2020” – explains Rafał Jelonek, COO at Ultimate Games S.A.

Infernal Radiation Early Access launched on PC on August 10, 2020. The final release has been scheduled for November/December 2020. The title will also hit Nintendo Switch, and the publishers do not rule out possible conversions to other platforms.

This isn’t the first time we’re mentioning Ultimate Games S.A. We’ve reviewed two of their games so far, which you can read about here:

We’re also busy playing Wanking Simulator, which we will be reviewing as soon as we can get our hands off it (no pun intended), and we’re looking forward to the release of PsyHotel Simulator next year.