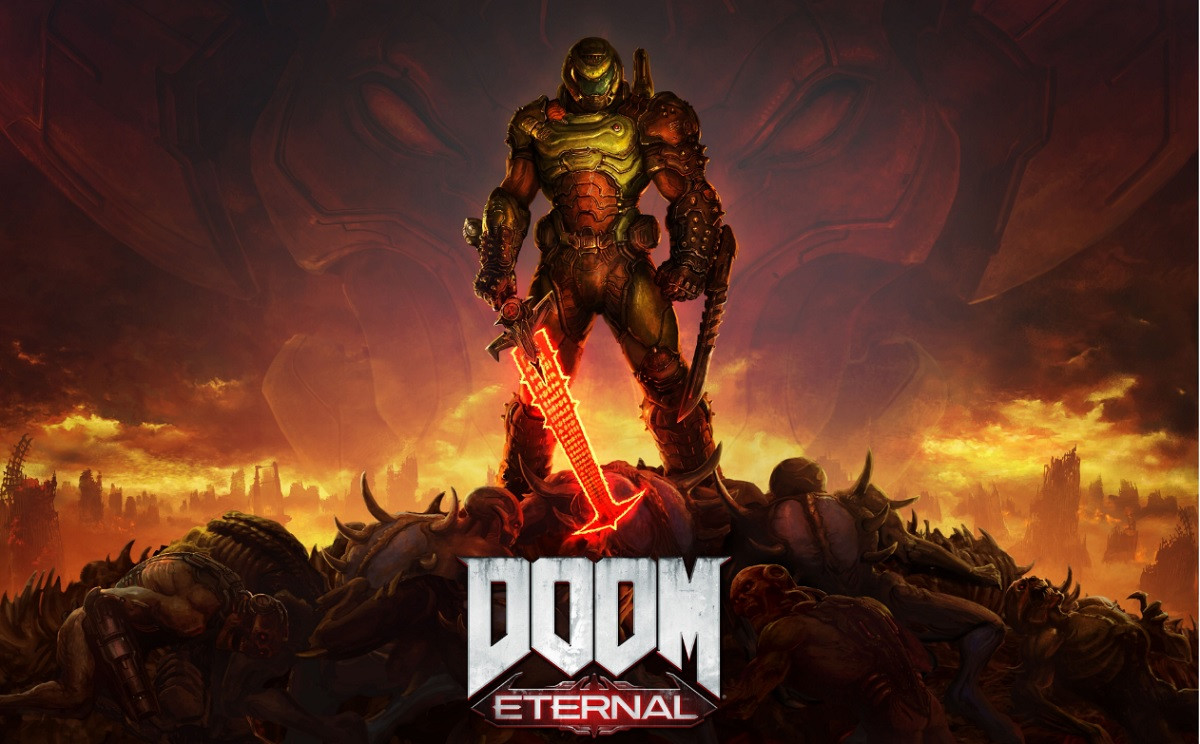 Doom Eternal was released on 20 March 2020 by Bethesda Softworks. It was developed by the original developer of the Doom franchise, id Software. Despite Bethesda’s announcement at E3 last year that it would be released in 2019, it was given an extension date to 20 March 2020.

The last time I played a Doom game was Doom 2016 on the PS4. If you are new to the Doom franchise, don’t worry. I will be treating this Doom Eternal review as if you are a Doom gaming newbie. However, I will be making reference on some occasions to Doom 2016, as many of the features have been brought over into Doom Eternal.

So while Bethesda fans may be enjoying the latest Fallout 76 Wastelanders DLC, let’s take a look at what Doom Eternal has to offer for FPS gamers. Also, as a quick aside, our FPS gamers can also read more about what COD: Modern Warfare Season 3 has to offer.

The Doom Eternal main screen should already get you excited about everything you will be able to enjoy. There are so many menus and submenus, you may spend the bulk of your gaming time just going through the various menu pages.

To start off with you can select Campaign or Battlemode. The campaign is obviously Doom Eternal’s story mode, which we will get to a bit later in this Doom Eternal review. Battlemode is Bethesda’s online gaming section of Doom Eternal.

Let’s talk about Doom Eternal’s Battlemode quickly. My Doom Eternal review will focus mainly on the campaign mode. I may do a separate review of the Battlemode’s online gaming, but there is something worth mentioning.

You need to have three things to be able to play Doom Eternal Battlemode:

However, Bethesda Softworks doesn’t seem to have been able to. And it SUCKS, big time, for all those online gamers who would have liked a taste of Doom Eternal Battlemode without having to dish out a monthly subscription.

Going back to the first impressions for Doom Eternal, you can also customise your home screen. Once you have unlocked certain secrets in the Doom Eternal campaign mode, extra options become available to you. You can change the character, pose, the podium or the icon.

Here is an example of how my home screen changed from plain to a later version. Please note that I have the Doom Eternal Deluxe Edition, which unlocked the flame slayer version of the Doom character.

In previous Doom iterations, we have become so used to playing on Mars. Even the Doom movie with Dwayne ‘The Rock’ Johnson was based on Mars. At the end of Doom 2016 (**SPOILER ALERT**), after killing all the demon mother truckers, Dr Samuel Hayden transports us to an ‘undisclosed location’.

Well, guess what. In Doom Eternal, we find ourselves back at Earth. Three demonic priests have opened portal to hell. And it is your job to close them and destroy every demonic presence on the planet.

I’m not going to ruin the storyline for you, so let’s get to how it was playing Doom Eternal for this review. FPS gamers will have a field day with all the action gaming in Doom Eternal. From the very first mission, there are plenty of demon-killing sprees to go on.

Your base of operations is called the Fortress of Doom. It kind of reminds me of the DC Justice League Watchtower, orbiting Earth and scanning the planet for signs of trouble. In the beginning, most of the areas are locked down. The keys to opening these areas are called Sentinel Batteries, which you acquire through secret areas in missions.

The AI Vega is back again. He takes you through your missions and helps you in locating the demonic priests and their demon hordes. There are some missions in between finding these priests where you first need to acquire special items or clearing cities from demonic presence. But the main goal is finding the 3 hell priests and closing the portals.

The popular Doom weapons are back. As with Doom 2016, Doom Eternal presents upgrades to weapons when you acquire Weapon Points. There are at most two mods available to each weapon. These mods can be located in mission areas where the Mod Bots are hiding away in certain locations.

Upgrade these mods completely, and you unlock the Master Challenge. These are small challenges that you can complete with the mod attached which will then unlock the master mode of that mod.

Are these mods important? Hell yes!! (pun intended). The demons become more fast and furious with each mission that you complete. As you learn where the demons’ weaknesses are, you target specific limbs with a very specific weapon mod. I will explain this in more detail when I discuss the difficulty of Doom Eternal a little bit later.

Your armour gets suit upgrades. You can find Praetor coins in certain stages. These coins unlock various categories in your suit. These categories improve your health, armour and ammo capacity. It also affects your Blood Punch and filling your Glory Meter, and how much the devastating environment harms you.

If you’ve played Doom since the beginning of the franchise as I have, the demons will be all too familiar. Most of the demons are the same, while there were one or two I wasn’t familiar with. Some of the boss battles are rather intense, like the Marauder I had to face near the end. You have to time your attack to perfection since that boss has a defence for everything!!!

I found that the maps were also well planned out. Once you find suit upgrades that show you all the secrets of the map, it is easier to identify where to look for those hidden goodies. And I do so love to find them.

Doom Eternal’s map is designed to show specific sections that will interest you. The main section is the actual 3D map showing your location and the hidden objects. To the right of the map, you find all the items you still need to collect. On the top left is your main objective. The top right shows you corruption zones you need to clear for 100% stage completion.

The top menu bar allows you access to weapon, suit and rune upgrades. There is also a beautiful codex containing Doom lore on demons, locations and characters. To the right, you will find the upgrade points you have available to spend.

I find that this is the best Doom map so far in the series. Sure, we will always adore the original Doom maps thanks to our innate love for nostalgia. But the Doom map much more advanced now and really helps you find your way around missions. I truly feel it is an improvement over Doom 2016.

There is one last aspect I want to discuss in this Doom Eternal review before I get to the FPS gaming difficulty. It is about your special room in the Fortress of Doom. I LOVE any game that presents you with your own personalised room with collectables. This is why I still prefer some of the previous Assassin’s Creed games over the newer ones.

Your room is nicely kitted out for various collectables. There is a weapon wall where you can see all the weapons you have obtained so far. There is also a special statue wall with all the demon statues you have found. When you select the collectables rack, you can view the demons in 3D. I don’t want to clog this Doom Eternal review page with too many images, so here are just a few I have selected for you to see.

A Word About The Difficulty

When I started playing Doom Eternal, and the missions progressed, I realised just how difficult the game can get. There are some corruption zones with special slayer missions where you have a timer to clear an area of demons. If you fail, it will be aborted and you can try again.

There are also special demon conflict zones that you must clear to progress with the story or mission. These are intense battle zones with waves of demons coming at you from all directions. You cannot exit the area until you have cleared them all.

There were so many times that I swore so loud and wanted to (but didn’t) throw my control across the room. I would often switch off the game until I had calmed down and tried again another time. And I was playing on one of the easiest settings just to complete the game for this Doom Eternal review.

Persistence is key. While it feels like Bethesda is punishing you for being a bad gamer, playing through the game will eventually reward you. Any upgrades you unlock or challenges you completed will remain with you, even if you die.

I have learnt that using your weapon mods for each specific demon is key. During a fight, if you access the weapon wheel, the game slows down while you select a weapon. This is the key to success. When you face a new demon, change to the weapon mod that specialises in that demon. For instance, launch a sticky bomb from your standard shotgun onto an arachnotron’s turret, and then shoot the shit out of it while it stands there defenceless.

In the beginning, there were times I wanted to cry. Now, I can enter a warzone and wash the walls with demon blood. My family stare amazed as I bash and shoot at demons, changing weapons and modding the shit out of them. They gaping mouths at my excellent ability to deal with demons is like a massive pat on my back.

So do yourself a favour and keep going. Yes, at times you will want to kill Bethesda for making Doom Eternal so hard. But once you have those sweet upgrades and you start finding your groove, you will become the most awesome, perfect, excellent, top-of-the-notch Doom Slayer there ever was.

Doom Eternal is fantastic. It brings back all the favourites from previous Doom games and throws them at you at a hellish pace in this new campaign. In the beginning, Doom Eternal will feel like hell to play as the demons just keep coming at you. In the end, you will be rewarded with just how badass you’ve become. Put this together with different modes to play the campaign in, while being able to go back to missions to master them, and Doom Eternal will have you playing for a very, very long time.

While it is great that there is an online gaming section for online FPS gamers, it would have been great if we could access Battlemode without needing PlayStation Plus membership. We know it’s not Bethesda’s fault (probably PlayStation’s terms and all), but if others can get it right, then surely they could too?

Doom Eternal receives a well deserved 9/10 from me.

If you enjoyed this FPS and Bethesda game review, be sure to read some of our other reviews: 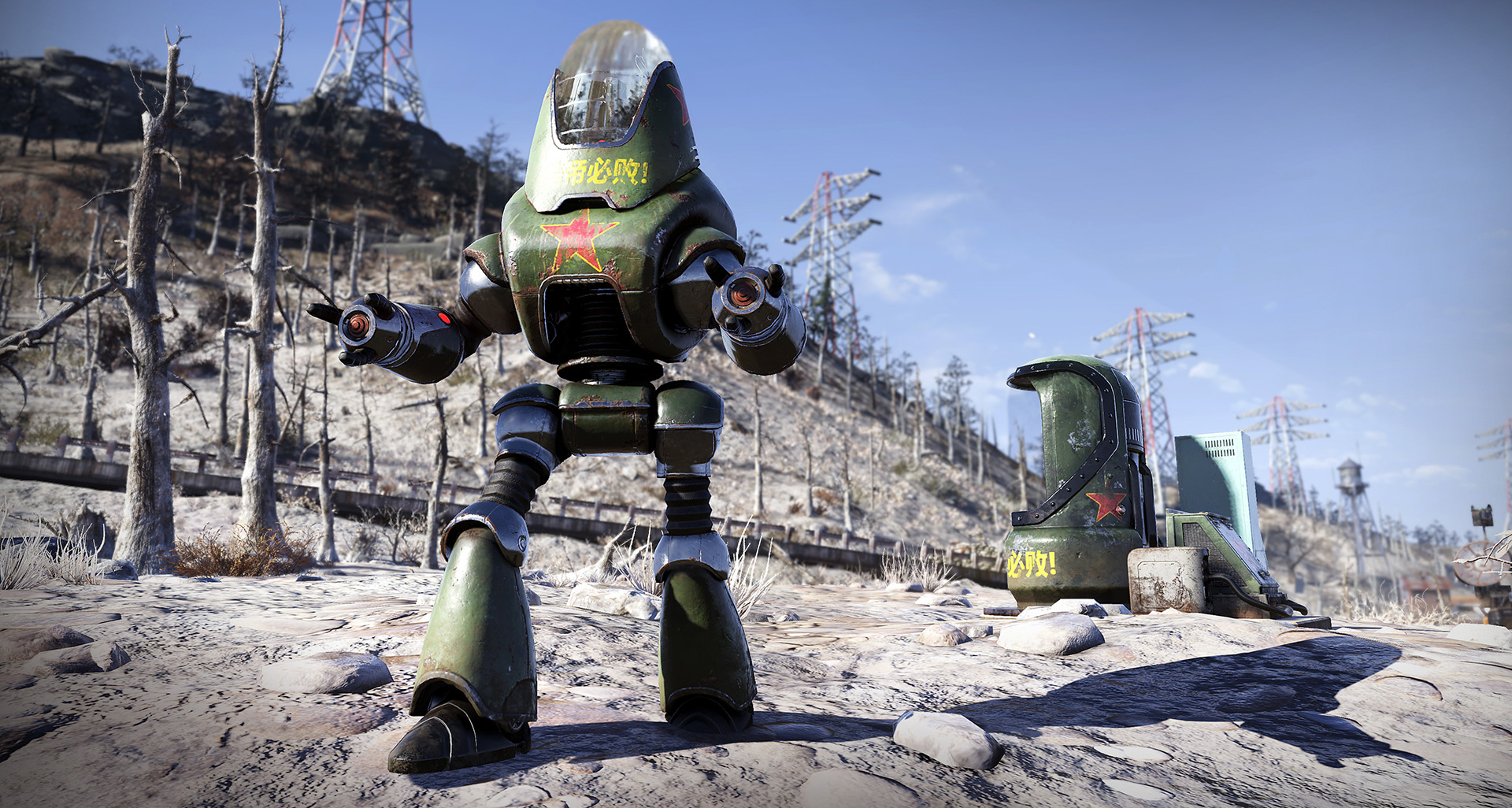 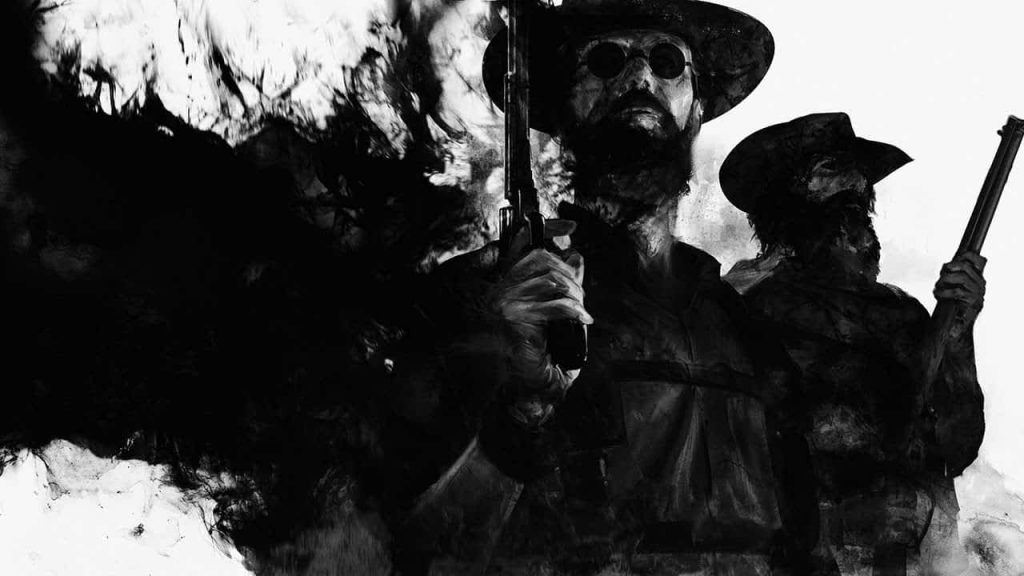 
10 thoughts on “Doom Eternal Review PS4: Is It Worth Buying?”