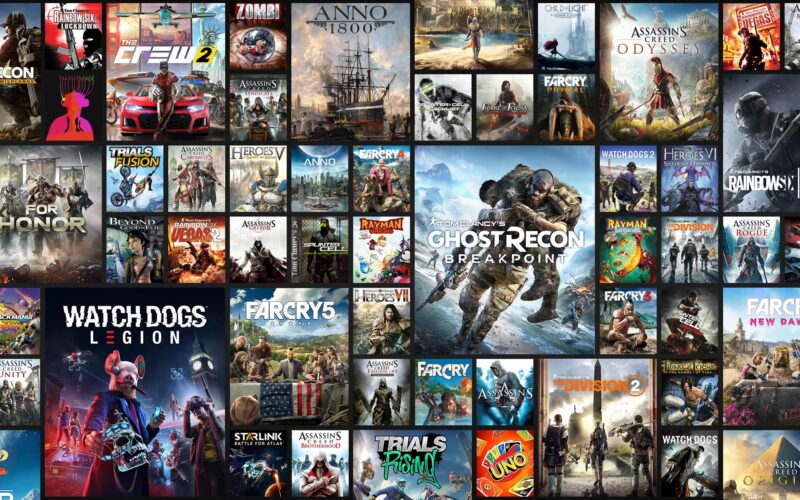 This year has been a tough year for gaming for me. I’ve become involved in so many writing projects besides my novels, my poor games have been feeling left out of the equation. Sure, I’ve been playing some titles for AIR Entertainment reviews, but there are a few games that I wish I had extra time to spend on before 2020 ends.

I’m not referring to the standard games that you clock and walk away from for the rest of your life. Instead, I’m indicating titles that keep you playing all year long with new content and objectives. A few of them are for mere sentimental reasons, while others keep calling me back with seasonal items and quests.

Please note: this article contains affiliate links from one of our partners. However, it hasn’t affected the point of the article, which is to share which games I really want to get back to.

So, let the countdown begin. Here are my top 10 games I wish I could spare some time on for absolute enjoyment.

I remember reviewing Fallout 76 years ago when it launched. It was available on the Bethesda client, recently releasing on Steam. I shocked the world with my review that praised the games as if there was no flaw.

Of course, when I played it, I didn’t find any glitches. A few months later, it struck me hard. By the middle of 2019, I no longer wanted to play it. Sure, I tried to get back into it a few times, finding my character dangling with his waist beneath the road surface.

For the short time I did play it, before Wastelanders and the new NPCs, I love it. I specifically enjoyed building my base and defending it at all costs. With many players indicating that Fallout 76 is more stable on Steam, I really want to get back into it at some point.

I’m probably showing my age here, but I remember in my teen years when Quake was one of the bestselling games of all time. I was more into Doom on the PlayStation 2 at the time, but I spent a few nights playing Quake with some friends.

Fast forward to 2019, and I discovered the joy of Quake Champions, which is also now available on Steam in Early Access as free-to-play. I quickly enjoyed returning to the arena action, levelling up my character and weapons and unlocking as much equipment as I could.

I haven’t spent as much time on this shooting title as I would have liked, having played more hours on the other games further down in this list. However, it’s definitely one I need to get back to, shooting the heads off online scum towards becoming number one.

Part of the Halloween Sale on Steam now, I played this horror title for a few years on the PS4. I remember how challenging it was at first, dying often and become frustrated with the game. Now, I laugh in the face of the zombies. Mwuahahahahahaah!

There was real appeal in constructing shelters and looting boxes for seven days until the blood moon drew hordes of the undead. What’s more, we could play endlessly, and there was splitscreen local multiplayer! I have a fortress which no creatures can penetrate, growing plants and food in my backyard.

The online multiplayer aspect was fun too, when fellow players weren’t killing you. I quickly became addicted to playing offline though, spending several months on it. My proudest moment was building that bike and crossbow for the first time, feeling like Darryl from The Walking Dead.

You may be wondering why I didn’t put this game closer to number one on my list. It might have been a few months ago when I couldn’t stop playing it. However, the endless seasons consist of merely hunting other players down for the kill.

Having said that, I still wish I had more time to play it. Having bought Battle Pass in Season Four, I attempt to play enough Tiers to earn just enough coins for the next season’s Battle Pass. I’ve been so busy with work lately, that my wife has taken over playing for me (once she has progressed far enough on her own profile).

Unlike the previous games in this top 10 list, Call of Duty: Modern Warfare applies more pressure on keeping up with its timed seasons. I remember spending a whole weekend trying to get from Tier 5 to Tier 100 before the season ended. Not an enjoyable experience.

What made me love it so much was that it reflected the world of my epic fantasy novels, The Celenic Earth Chronicles. Magic, fighting, elves, swords, mythical creatures… it was all there. Then, they brought in Homestead, and I was in love all over again.

What does this have to do with The Elder Scrolls: Blades? While going through all the free games for the Nintendo Switch, I found this game in the store as recently as a month ago. It brings back the same joy as Skyrim while allowing me to rebuild an entire city as I please. Whenever I get any free time now, I try and play this game as much as possible.

I’ll also be reviewing it soon, so keep an eye out for that.

I love Ark: Survival Evolved so much that I own it on the PS4 and Steam. I bought it a few years ago as a bargain sale, wondering if it was any good. I ended up spending months taking turns with my wife and children on two player mode as we built our dinosaur empires.

It never gets old. Sure, we learnt of the cheats eventually and custom settings, but Ark always has new seasonal content. I remember Christmas 2019, chasing through the dark forests at midnight chasing after the presents that Santa Raptor was dropping from the sky. It was enormous fun.

There’s always new DLC too, and the content never seems to end. As a fanatical lover of dinosaurs since the age of 6, it speaks to both my passions of games and these awesome, amazing, ancient creatures. Of course, I build the Skyrim homestead in the game too.

Minecraft has several good memories for me. I’ve spent countless years building an entire world with my wife, which we still go to now and again. With the latest updates, we had fun creating a bee farm. I also have a 101 x 101 size pyramid which is my prize and joy, and the beginning of a Silent Hill village.

I also have worlds with my children, cause one world is just never enough. I bought the Skyrim and Fallout packs, and the online multiplayer modes used to keep us busy. It also bring back memories of playing it with one of my friends back in the day, someone who actually introduced me to the game.

My love for Minecraft will never die, especially with new content forever being delivered. I have it on PS4, PC, PS Vita, and Nintendo Switch, in case you were wondering just how obsessed I am with it.

Diablo…. my dear Diablo. This game brings back fond memories of my PlayStation 2, me spending my weekend wages on renting Diablo 1 from the local video store for several weeks on end. When I finally got a small Pentium, I bought Diablo 2 and spent every night playing it until I completed it.

Diablo 3 has brought my wife and I immense joy over the years. We play every season, unlocking new pets and items. Sure, it’s endless grinding, but there always new events and missions, which makes the seasons more exciting that COD: Modern Warfare. It also speaks to the dark fantasy and horror lover inside of me.

I was so excited when Bethesda gave me a code to review Doom Eternal for the PS4 in April this year. Final Doom was a game that also made my PS2 special, and I have played every Doom game ever made. To me, it’s the best FPS game ever created, feeding my lust for fantasy and horror.

Doom Eternal didn’t disappoint, and I recently received The Ancient Ones Part One as the first DLC to the game for review. I’ve just started playing it, and I wish I could just close my laptop and spend all week in bed shooting the hell out of these demons.

It’s the bestiary and the creatures that drive me to love this game. I love finding more beasts and unlocking them in the codex. One day, I’m going to convince Bethesda to let me publish a proper bestiary book via my publishing company, Celenic Earth Publications. Watch THIS SPACE!!!!

And now… for the ultimate game that I wish I had more time for in 2020. The Elder Scrolls Online. I’ve been playing this for years now on PS4 and Steam, indulging in every DLC that Bethesda had to throw my way. Who cares if it was endless grinding for loot and new equipment?!?!?! I was after the crafting, homes, and the stories!!

Recently, they released The Elder Scrolls Online: Greymoor, taking us back to Skyrim. The home of my heart. Once again, I just haven’t had enough time to enjoy there is to offer. I miss running around the different lands, collecting everything there is to find and joining guilds while killing bosses and completing events.

There’s a Halloween event happening this week, and I think it’s time I return. It’s been too long, and I have to go back. Here’s to late nights and no sleep.

So there you have it, folks. My long list of the top 10 games I wish I had more time for. And with plenty of new games coming in to review, I wonder if I’ll ever get back to them.

How about you? Are there any games you wish you had more time for? Let me know in the comments. 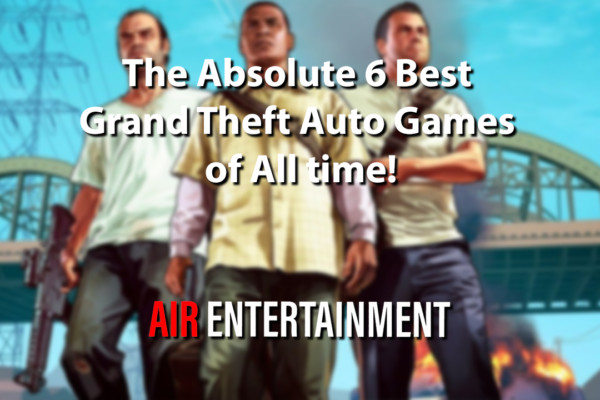 Here at AIR Entertainment, we have grown up on Grand Theft Auto titles, so we are now sharing our love by breaking down the absolute BEST Grand Theft Auto Games of all time! from the top-down Playstation...