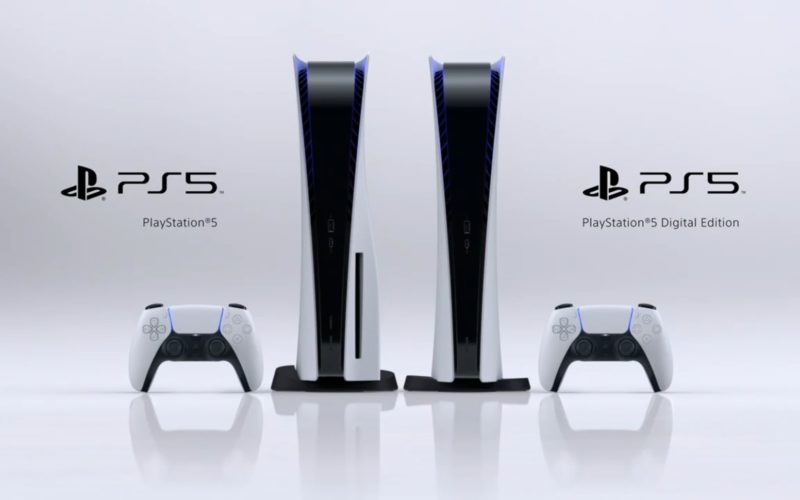 Well, everyone, Sony’s PlayStation 5 reveal event is in the bag. It was fast and furious with some incredible-looking new and returning titles and a couple surprises along the way. Although we reported on the event live, we wanted to do a cleaner report of what we saw, complete with links where available.

The reveal event started off a little bumpy with the news that Grand Theft Auto V is going to be re-released, this time on PS5. However, it soon made sense why they opened with that news: five minutes into the show, a title card came up that said that all footage from that point forward was captured on a PlayStation 5. I guess it wouldn’t have been very nice of them to say “Okay, we’re gonna get this one thing out of the way real quick and then move on to the new stuff.”

Before the PS4 launch, Sony made a big show of talking about how the PS4 was built from the inside out with games developers in mind. They had testimonials from several major and indie studios talking about how Sony basically approached them and said “What would be your ideal console to develop for?” Since then, Sony have put most of their emphasis on games rather than entertainment apps or services. For the PS5 reveal, there seemed to be a philosophy of “If it ain’t broke, don’t fix it,” because they spent the following hour almost exclusively showing teasers and gameplay footage of upcoming games.

First up was Spider-Man: Miles Morales, which looks to be a sequel from the wildly successful ps4 Spider-Man. Check out the reveal trailer straight from PlayStation’s YouTube account right here. It’s releasing Holiday 2020.

Second was Gran Turismo 7, which will be bringing back GT Simulation Mode. A three-minute trailer was debuted, which you can watch by clicking here, and as usual, the franchise looks ultra-realistic and incredibly beautiful.

What would a Sony console be without a new Ratchet and Clank title? Ratchet and Clank: Rift Apart was shown off, including gameplay. It looks like this time around, everyone’s favorite Lombax mechanic and smart-assed robot find themselves tripping through multiple dimensions and bending the fabric of the space-time continuum at every turn.

Next, Final Fantasy developers Square Enix and new studio Luminous Productions announced Project Athia (working title), which personally reminded me of a cross between Horizon: Zero Dawn and Fade to Silence. In a post on the PlayStation Blog website, director Takeshi Aramaki described it as “the culmination of our philosophy to create completely new and fresh gaming experiences that fuse together the latest technologies with art.” He called the world of Project Athia “filled with beauty and dismay” (picture below).

Immediately after that, Annapurna Interactive and BlueTwelve showed off Stray, which they refer to as a “cat-adventure game” formerly known as HK_Project. Releasing in 2021, very little was shown in this teaser besides the world itself, which appears to be a post-human cyberpunk-inspired area. Also you’re a cat. Read more here.

New indie studio Ember Lab, famous for the Majora’s Mask fan film “Terrible Fate,” debuted Kena: Bridge of the Spirits, an action-adventure title that looks colorful and lively. It was followed by what appears to be a cel-shaded, narrative-heavy fantasy title called Goodbye Volcano High, which its developers described as “an end-of-era love story.” It’s hard to say what the gameplay and story will be like, but it reminded me of an animated Life Is Strange (minus the time-rewind mechanic).

A much bigger shock was seeing Lorne Lanning announce Oddworld: Soulstorm for PS5. Abe is back for more bizarre 2D/3D platforming, which Lanning spoke about at length on the PlayStation Blog.

2021 will finally see the release of Ghostwire: Tokyo, which was teased what seems like forever ago and now finally has gameplay footage. The caption on its YouTube trailer sets up the story, saying “Tokyo is overrun by deadly supernatural forces after 99% of the city’s population vanished. Use a powerful arsenal of spectral abilities to fight the paranormal threat and unravel the mystery behind the mass disappearance.”

A pair of PS5 titles releasing Holiday 2020 followed. Jett: The Far Shore was teased, as was Gearbox’s upcoming melee-based third-person action title Godfall, complete with gameplay footage. After these, a trailer for the 2021 title Solar Ash was shown. In my opinion, Solar Ash (pictured below) looks like a cross between Furi and Abzu.

Agent 47 is back in Hitman III, which was announced with a new teaser trailer. Little of the game was shown, but it will release in January 2021 on PS5 and PS4. Immediately after this, Sony 180’ed to cuteness with Astro’s Playroom, the third (I believe) in their Playroom series, complete with a gameplay trailer. In a similar vein, Little Devil Inside received a gameplay trailer. Sony describes the title as “an action-adventure RPG with survival elements set in an atmospheric, semi-open world.”

Sports fans weren’t totally left out of the event either. Pre-alpha footage of NBA 2K21 starred New Orleans Pelicans’ Zion Williamson, though it appeared to be more of a graphical showcase set in a gym than anything else. Looks like we’ll have to wait for more footage.

Hey, what if you ate the sentient food from Cloudy with a Chance of Meatballs 2, but when you ate it, part of you became it, like the Cybugs in Wreck-It Ralph? For some ungodly reason, the creators of Octodad have chosen to answer that question with Bugsnax, coming this holiday season.

After 50 minutes of game reveals, Sony decided to spend the next 25 minutes going out with a bang. First up was the Demon’s Souls remake, introduced by Shuhei Yoshida. It was followed by gameplay footage of Deathloop, a batshit insane FPS that its trailer described as “Assassins caught in a time loop.” Deathloop was revealed last year by producer Bethesda.

Perhaps the biggest moment for horror fans – and one of the biggest moments of the show – came with the announcement of Resident Evil 8: Village, which appears to continue Resident Evil 7‘s first-person perspective but abandons the bayou for a mountainous, wintry setting. No word yet on if it will offer a VR mode like its predecessor, but it’s been rumored to. Another rumor says that RE8 will feature multiple playable protagonists.

The final two games of the afternoon looked stupendous as well. First up is the new IP Pragmata, which is releasing in 2022. It looked every bit as crazy as Death Stranding, with a geared-out soldier in a rotted Times Square alongside a little girl and a robot cat. Midway through the trailer, they float up into the air and a satellite nearly crashes onto them from space. Like Ratchet and Clank: Rift Apart, the protagonist suddenly travels through a space rift with his companion – only this time they end up on the moon.

Sony ended the show with a console reveal of the PlayStation 5. Looking a bit like the Playroom character Astro, the PS5 resembles a futuristic, utopian skyscraper. Most surprising was the announcement of a “Digital Edition” of the system, which notably lacks a disc drive. No word yet on pricing for either console, but here’s our first look at the new system.

Keep checking back at AIR Entertainment for upcoming news and previews of more PlayStation 5 titles, and welcome to the future of gaming!