The newest entry into the XCOM Universe is XCOM Chimera Squad.

XCOM Chimera Squad puts you in control of a special forces type police uint trying to investigate insurgents activity within City 31. City 31  is the city of the future providing a place for all aliens, hybrids and humans can live together in peace.  However,  your job is to find out who is trying to destroy that. Every step of the way, every decision you make affects the total anchary of the city as it gets closer to  descending into chaos  the city descends into chaos and anarchy.

You fight to gain control of your city district by district splitting your resources and talents in this turn based strategy gameplay. The ever increasing challenges and missions making sure you stay on top of your game providing newest upgrades to your team, not doing so starts having real problems even early on into the game

First up the Combat system; if you played XCOM before you will find this very close but some key differences . The most noticeable will be the breach mode that happens at the start and in between each area of every mission.  Breach mode is a great addition to the game.  It allows you to set up your breach points taking advantage of different combat options as you progress through the missions.

Outside the mission area you are back at your main base of operations and unlike previous titles there isn’t much to do here. You have some quick tools to use on the area map to help fight off the city falling apart. You have an area to train and treat your troops you can send teammates out on special assignments.

This was the biggest difference in the XCOM I have ever seen. I have to admit one of the enjoyment was setting up your own base in the XCOM series to lose that is below the title that added a bit depth to the game.  While I understand your role in this game is different then the recent reboot of the series and that game mechanic was tossed out.  There are other things they cut as well.

Like previous titles in the series you are limited to a small number of units for each mission. As well as the option to equip tranquilizer bullets vs lethal rounds.  Other similarities are the different roles each squad can do. What you lose here is the ability to make your own squad; the game has predetermined characters that helps advance the storyline.

There isn’t much to complain about here, character models are well down the maps are the typical XCOM Isometric combat. The art style is still the same as XCOM and XCOM 2. They added more cut scenes using a more comic book style of art work which I am not much of a fan. But everything was voiced over  which helped get past those parts.  Game menus are laid out well with the typical side bars during mission planning and lower hotbar during missions.

Should not come to surprise here as well the music matches the tempo of the game nicely. Although the voice overs felt a little like reading from the script with little emotion at times but was not too distracting.

It is an XCOM title, I did enjoy it. I don’t feel it has the same replayability as the XCOM or XCOM 2 but I may jump back into the line, maybe when some DLC gets released to help flesh out the shallow theme in the game.  Leaving this title up to the truly diehard fans or those that like Turned based strategy games should be a quick buy. In case you’re looking something new to sink your teeth into I would rate this game a solid 6/10.   This partially due to some graphical glitches that seem to still be around even after several patches. 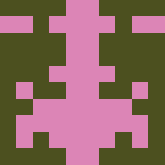