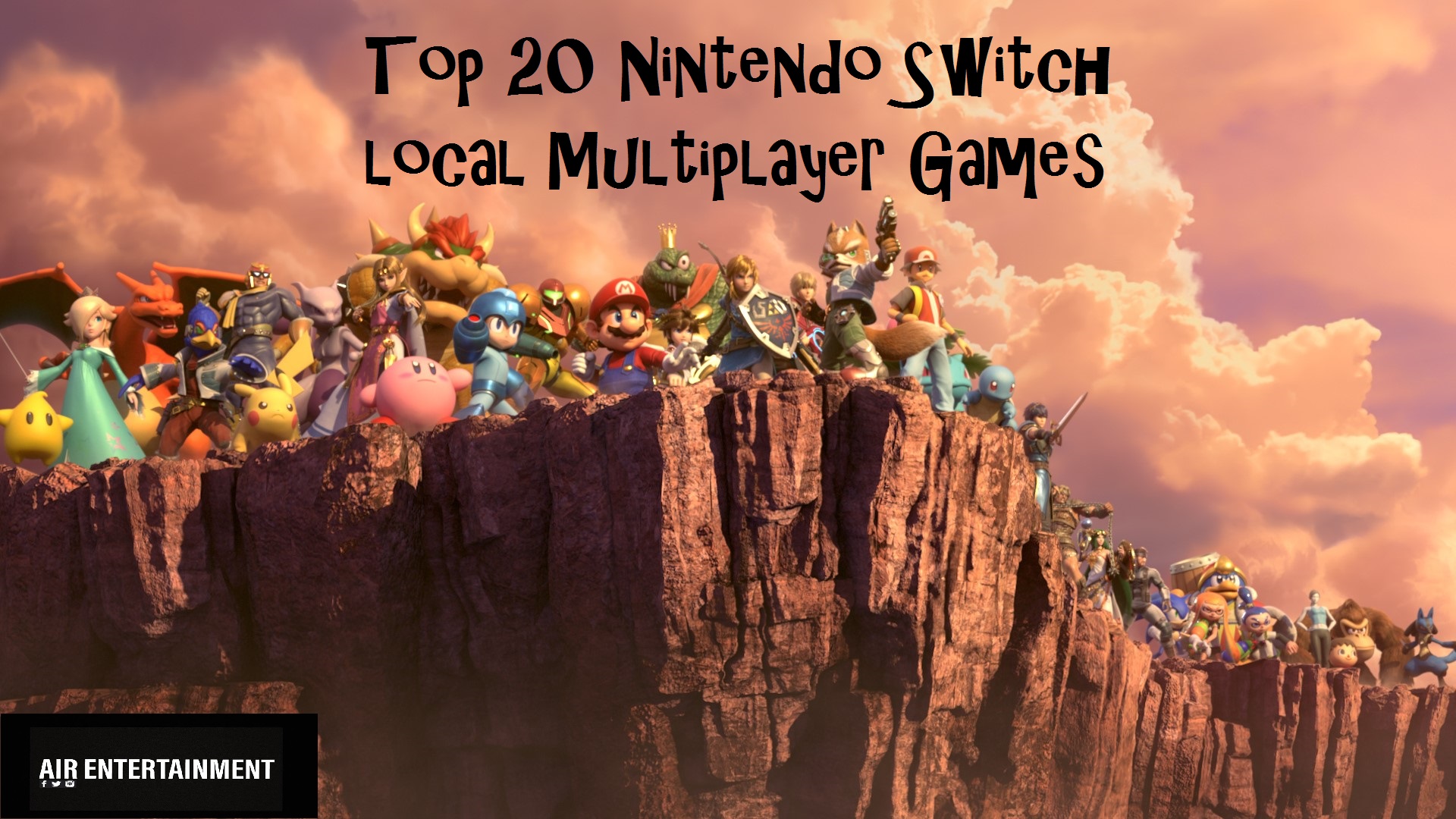 With Covid-19 at it’s peak people are focusing their attention away from online games and instead are looking at games they can play at home with their family/household. If you are one of these then fear not, here at AIR Entertainment we have you covered with our top 20 Nintendo Switch local multiplayer games list!

First on the list is the Timeless Cuphead, This incredibly challenging platformer is great to play with a friend or sibling. The second player takes control of Cupheads sibling, mugman.

Next up on our ‘Top 20 Local Multiplayer Games list’ is Crash Team Racing Nitro Fueled. This Gem of a game is another one that is capable of ruining many friendships as you battle it out with you friends or family to Finish each race ahead of the others. Whilst utilizing items to bombard the opposition out of the way. Unfortunately for Crash though, Mario Kart 8 Deluxe is often regarded as the better title. But they are both very different games!

If there’s one game that reminds me of my childhood it’s the Diablo series. time and time again Blizzard have delivered with this set of games. Diablo III is no exception to that. Grab up to 3 other family members, circle yourselves around the television and embrace the potential hundreds of hours of fun that Diablo can deliver.

Luigi’s mansion is a fantastic game to go through with a friend, the game contains a really entertaining story as you explore a huge hotel, capturing ghosts. Please note, Co-op isn’t available from the very start of the game. To unlock multiplayer you must first unlock Gooigi.

You can’t create a switch multiplayer article without mentioning Super Mario Maker 2. This game was huge when it was first released, and it’s reputation remains untouched to this day. Due to the nature of the game and the inclusion of user created levels. You can keep yourself and those around you entertained for hours with thousands of available levels. There’s guaranteed to be a level for every skill set!

Animal Crossing: New Horizons is this years major release to the Nintendo Switch. and it’s capabilities extend to local multiplayer. Though please note there is only one island per switch, and only the first player can progress the story along. But after just over two weeks of playing the story ends and the game becomes just a huge sandbox to play around in. Meaning the additional players can transition from being little helpers to actually making a bigger impact on the island. I’d definitely recommend this game if you haven’t already got it, and between you and your companions you can create a fantastic island filled with wonders.(Read this guide to assist in making money when starting out your island)

Mario + Rabbids Kingdom is essentially Nintendo’s very own Xcom, Not saying that’s a bad thing. This game is a tactical game where the users take turns traveling around a battleground fighting against the goofy Rabbids and their hilarious gimmicks. Like many other Mario games this is a great fun game for all of the family. Furthermore the skill level of the enemies make this appeasing to a younger market.

Now I’m going to be honest here, I wasn’t particularly a fan of Snipperclips. But that isn’t to say that the game was bad by any means. Just that it wasn’t for me. I didn’t enjoy it for the same reason I don’t like Portal. I just don’t enjoy puzzle games. But the reason it’s made my list here is because this isn’t about me. This article is about you. And I appreciate there are many out there that enjoy these kind of games. Because don’t get me wrong it is a really well made game.

Castle Crashers has always and always will be a fantastic game to kill time. This well made hack and slash takes combat mechanics back to their roots and adds a well incorporated RPG element into it. Not only this you can share this humor filled adventure with up to 3 other companions!

Lets be honest, you can chuck Mario into any type of game and the game instantly just becomes… Great! there is no formula for why this is, nor will there ever be. But it is just widely accepted fact. Mario Tennis Aces is no exception to this formula. Whether you are a tennis fan or just someone wanting to try something new out. I can’t recommend this game highly enough!

10.Brothers: A Tale of Two Sons

Another game that has really solidified it’s reputation over the years. Brothers: A Tale of Two Sons boasts not only solid Co-op gameplay but also a fantastic, fully immersive story for you and one other player to fully envelope yourself into.

Rocket League is my guilty pleasure, having sunk thousands of hours into the game and I’m not ashamed to say I’ll probably sink thousands of more hours yet. This game is a fantastic game to enjoy either alone or with others. It’s many hours of playability have resulted in me adding it to this top 20 Nintendo Switch local multiplayer games list.

Tales of Vesperia has a great story(Though slightly cheesy). That is best spent traversing through with others. Unfortunately where this game falls short for me is the difficulty selection. There’s 2 difficulties, one being too easy and the other being impossibly tough. There appears to be no middle ground. In addition to this the combat system can be problematic at times. However, This game still remains a thoroughly enjoyable experience despite the flaws.

Mario Kart 8 Deluxe is an absolutely flawless game. The game contains all the circuits from previous games and really brings friendly competition to the sofa. Within every group there is always one player that far exceeds the abilities of the others. but this game has incorporated an auto steer feature that can be toggled on/off, allowing even the least capable players to remain competitive to the very best players!

For those new to the concept of Mario Party. it is essentially a board game scattered with Mini games in order for you and your friends to either compete individually or in teams in order to earn the highest wealth after a predetermined number of rounds. The game has huge replay value and is the heart to any social gathering. Would recommend hugely.

**Please Note – This game only supports Single Joy Cons as the input method. Pro Controllers are not supported nor are the joy cons when attached to the grip Controller**

They say too many cooks spoil the broth, which is most certainly true in this case. Play with up to 3 other players in Local co-op as you argue your way through challenges as a team. Sorry did I say argue, I meant work…

Moving Out is a hilariously addictive game to play with your friends or family. You must work together to empty out properties of varying difficulties. coordinating yourself with your companions in order to ensure efficiency and completion.

I shouldn’t have to stress that this game isn’t a family game, do not buy this thinking your children are going to want to sit down and play it with you. However for playing Local with other adults. Resident Evil revelations 2 is an absolute masterclass in killing both time and zombies.

Now I started this list with the intention of doing it in no particular order, but I still had to put Super Smash Bros ultimate in the number 1 spot. This game has so much replay value and potential to enjoy with your friends. Enjoy competing with or against your friends/family. working to unlock all 74 characters from numerous famous Nintendo games. Also competing in a total of 108 battlegrounds! This game is an absolute must have for any Switch gamer!

Some games may have been missed off, unfortunately this is my own personal list of games I’d regard as the top 20, there have been some games that I will discover as I get the chance to play them. And as I discover them I will be sure to add them to my Top 20 Nintendo Switch local multiplayer games and extend it to Top 30! Thanks for reading! 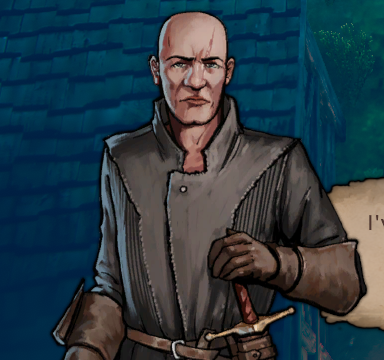 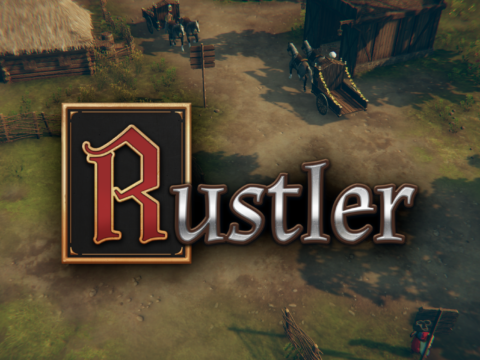