September is almost upon us and as always, Sony have left it until the last minute to let us know what free delights the members of PlayStation Plus can expect. Well, finally, here is the list..

If superheroes are you’re thing then this one’s for you. He might not be a comic book icon with a box-office tie-in and a branded lunchbox, nor does he look terribly fetching in lyrca, but Delsin Rowe does have the super powers – lots of them.
The third instalment in the hugely successful inFAMOUS franchise, inFAMOUS: Second Son transports the action to an alternate reality Seattle where super human ‘conduits’ are being hunted by the state. Awakened to his remarkable powers by a chance encounter with another conduit, Delsin travels from his homely rural reservation into the heart of the besieged city with a score to settle.
Fireball comet drops, neon-light wall-running, concrete fisty-cuffs – use your powers for good or evil as you traverse a huge open-world recreation of the American North-west’s Emerald City.

Leaving behind the tattooed tearaways of Seattle, next up we have the beautiful and dreamlike fairy-tail RPG Child of Light. An impressive combination of painterly, hand-drawn visuals and song-like rhyming narrative, it was an early gem for the PlayStation 4.
You take on the role of Aurora, the ill-fated daughter of an Austrian Duke, who finds herself mysteriously transported to a magical kingdom blighted by the grip of eternal night. As the fated Child of Light, you must venture across the imperilled land in search of a means to restore light and happiness to the world and oust its evil overseer.
A clever combination of turn-based combat, role-playing character development and puzzle/platforming, this charming 2D adventure combines the best of traditional and modern game design. 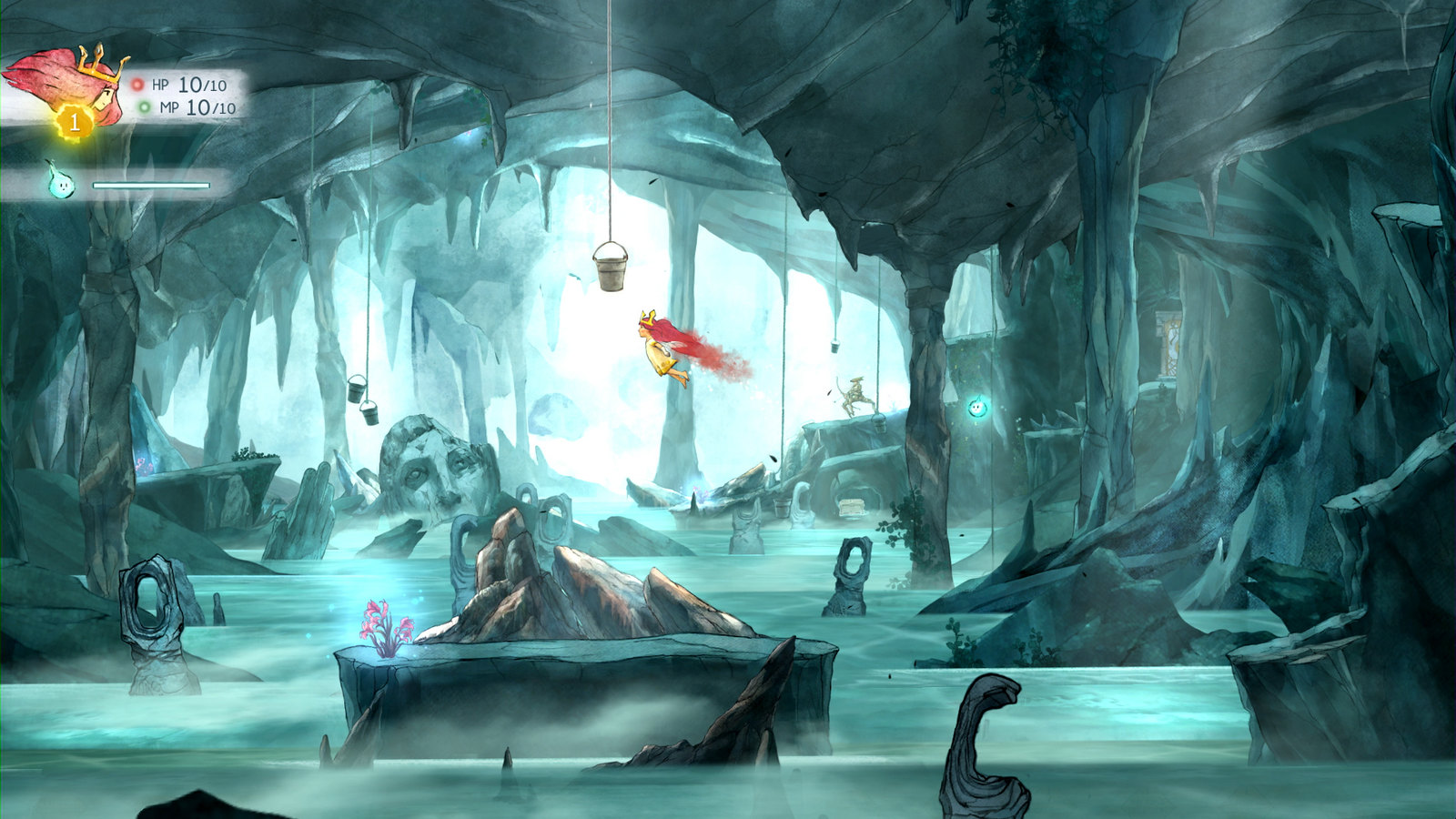 Two down and more to go! As a special bonus this month, PS Plus subscribers will also be able to download PlayStation VR launch title RIGS.
Designed and built exclusively for PS VR, RIGS places you into the cockpit of a mechanical sporting titan known as a ‘RIG’ and launches you into a competitive sports league that combines first person shooter combat with team-based tactics and… erm slam-dunking yourself through a giant gold hoop.
It’s as chaotic and exhilarating as it sounds. Moreover, as you move through the league you’ll unlock new RIGs and upgrades, each tuned towards a specific role or playstyle that will broaden your options inside the arena.
It’s exactly the sort of gaming experience virtual reality was conceived to realise, where complete immersion and tactical awareness of your surrounding shapes how you play and your chance at winning.

Last, but definitely not least, we have one further bonus for PS4 users. PlayLink title That’s You, available throughout July and August, will be also be available for those who missed it all throughout September as well.
In this irreverent party quiz you and up to five of your friends and family get to find out what you really think about each other. With your TV, PS4 and a tablet or smartphone in hand, answer over 1,000 funny questions, take part in daring doodle challenges, snap selfies for photo challenges and more.

As always, the PS4 line-up is joined by four additional titles – two apiece for both PS3 and PS Vita – which leaves the final line-up looking like this:

All the above will be available on PlayStation Store from 5th September, meaning you’ve still got a few days left to grab any of the August titles you might have missed. A quick reminder, in case you missed them:

Lenovo’s Legion Y44w monitor can expand your gaming horizons
January 9, 2019
Amaze’D Family Trivia Puzzle Game Released on Steam
July 19, 2018
Here are 7 huge games we’re hoping for in 2019, but with release dates pending
December 21, 2018
How would you like to Defeat Zombies with Heavy Metal?
February 23, 2018