After a war has rendered Earth uninhabitable, a faction of the human race makes their home on Eldorado. Sadly, Earth is unable to facilitate the lives of the human race anymore as it is unable to produce the necessary resources needed for life. Covered in jungle, mountains and beaches, Eldorado seems to be the ideal planet for civilisation to flourish and start anew. How wrong.

Eldorado’s air is poisonous to its new settlers and the planet is inhabited by a race of tribal war-mongering humanoids, hellbent on removing the human population from its lands. This immediately makes the problem of the toxic air seem insignificant in comparison.

Our plot begins with a near unbeatable level which doubles as the backstory to the entire game – your brother recently became victim to one of the tribe’s fatal javelins which rendered the humans a walker down. You – defending your brother’s honour – step up as the commander of your own walker and proceed to help the humans to deliver packages, pick up lone survivors all whilst desomating as many of the hostile tribe as possible. Later through the play through of the game, you have the option of changing alliances. By seeing the injustice in purging Eldorado of its natives, you have the choice of joining the force of your walker with the tribal might of the indigenous to teach the humans a lesson.

Sadly, in my view, the game lacked a variety of missions available. With a limit on the movement and weapons available, the tasks ranged from moving from point A (the left side of the map ) to point B (the right side of the map), with each mission typically taking between 3-5 minutes. These were all under the ruse of various missions which all essentially boiled down to the same objective: some missions have you transporting essential resources from point A to B in order to further the colonisation of the planet, others have you transporting humans from A to B. By far the most interesting and fun of all of the missions were the avoid the mines or avoid the humans style missions. These have you either in the forest of the large warehouse hangers precariously having to traverse the ever-moving obstacles in your way.

Visually the game is good. The walker has sufficient detail to see all of the mechanics working whilst moving through the game. Scenery wise, the levels really don’t differ too much and it feels like you are just walking through the same part of a forest, beach or mountain in every level. The enemies are detailed enough that you can distinguish each type from one another. Yet, they aren’t too detailed that you feel you are actually ending a real creature’s life – just gun fodder.

For such a simplistic game, it does have you thinking about lots of things at once. The health of your walker and the remaining oxygen in the tank being primary, whilst having to try and avoid flying, shooting and bombing members of the tribes too. The health is depleted by taking damage from incoming attacks whilst the oxygen levels are depleted fairly rapidly throughout the duration of the mission. This depletion can be made even quicker if the walker takes a critical hit; these can burst open the oxygen tank. The first few missions of the game are near-impossible with the limited oxygen supplies that are given to you. Investing early on in this is paramount to completing and being able to enjoy the rest of the game!

On top of this, there is the option for an auto-walking mech or allowing you to be fully in control of where the feet are placed on the terrain.  By choosing the latter, you are able to precisely step on enemies which essentially adds another weapon to your arsenal. With practice, you can make every step deadly and essential in your steps to victory.

I feel that the visual customisations available are very limited. However, there are a variety of more essential customisations that you have to purchase through the play through. These vary from increasing shielding, oxygen supplies, energy regeneration – needed for some weapons- and even the option of health and oxygen drops via a drone called at points through levels. Most of these customisation are able to be upgraded too, which allows the player to choose their preferred style of slaughter, from grenade launchers, lazer beams and machine guns.

Overall, I found playing the game enjoyable. The early levels were very hard, whilst getting used to the controls and having to tackle health and oxygen depletion all while getting bombarded with arrows, fire arrows and explosives. Once the controls were ingrained, it was very satisfying to step on as many of the indigenous as possible whilst slaying the ranged units with the laser shots. Lots to be thinking about but a good little game for a fair price. 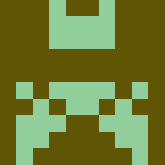