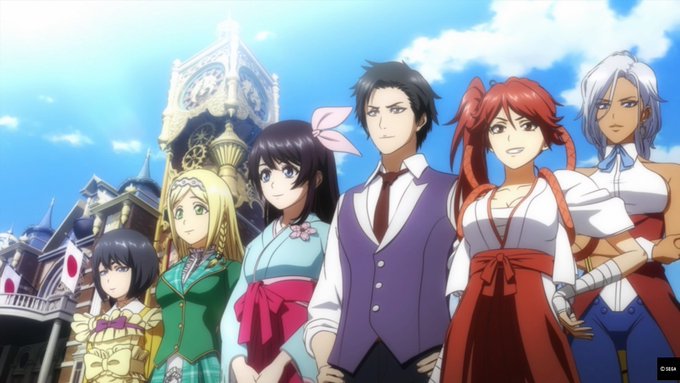 With roughly 25 years of history the story driven franchise may be a new title to a lot of the western world. Japanese audiences have had the series freely available but hasn’t really broken over here. Finally SEGA have now made it a universal title and Sakura Wars has made a ‘soft reboot’ appearance on the PS4. Sakura Wars as a franchise had its heyday with releases on the Sega Saturn and Dreamcast. This tactical dating sim was first released in North America with So Long My Love in 2010. Rebranded and rebooted SEGA have now brought this beautiful masterpiece to the world.

So what’s it about?

Sakura Wars is a great mix of visual novel, dating sim and mech controlled combat. A journey that pays homage to the legacy whilst simultaneously breathing new life to it. Set in Tokyo during a fictional time of the Taisho period players are tasked with running a Theatre. At the same time the members of that Theatre are in charge of protecting citizens from monstrous threats. The Theatre is a cover for the ‘Combat Review’ the name given to the fighting team. Around the world there are other Combat Review teams with their own cover. Playing as Seijuro Kamiyama who was once a naval officer, he is hired to lead an ‘All-Girl’ group. You need to make the Theatre a success as well as command the girls in their secret mission to protect the world against attacks from monsters.

One minute you are collecting ticket stubs for the girls stage performances and the next leading them into battle against invading monsters. That is not all. You also have to prove to the world that your team are the best choice to protect everyone. To do this you take part in the Combat Revue World Games against other Combat Reviews. The battle sequences take place piloting mechs and each character has their own fighting style be it from a distance or close combat sword fighting.

It all sounds far fetched and confusing, but what do you expect from a Japanese release? I have always been wary of titles from the land of the rising sun and not necessarily a fan. Well, not until the last couple of years since P-Qube Games introduced me to the delights these titles can bring.

Yes, I did say ‘dating-sim’ above, you did read that right. Games that are shipped from East to West always seem to have heavy sexual undertones involved. Now I’m not fully up on Japanese Culture, so whether it is because the nation is repressed living with families and this is some form of their own sexual relief or another reason entirely, I don’t know. Thankfully the characters in Sakura Wars are pretty much fully clothed which really does make a change. Obviously being the only male on site tensions run high throughout the game. You need to make the decisions on whether or not you act on your natural male instincts or avoid them as best as possible. All decisions do impact on how the team view Seijuro as a leader and how much they trust him.

The path you choose to take largely boils down to which member of the ‘Flower Division’ (the all female combat squads name). In all honesty, thats not a hard thing to do. You just choose to hang out or interact with them as much as you possibly can whenever the chance arises. You can of course be a Lothario and try to work your way into all of the characters boudoirs at some point. The choice is up to you at the end of the day. It doesn’t really have an impact on the game only endings available to discover.

Take to the stage

The pacing of the game is just right for me. A lot of visual novels are very slow going. Not to mention that there is a lot of reading involved. Sakura Wars does have a lot of English subtitles involved as the game is voiced in Japanese. It didn’t however ever feel boring to read when a lot of other games do. It may seem a little slow to some. There is a lot of walking around having to interact with other characters, but the freedom of the game is really refreshing. You can take to the streets of Tokyo and explore other areas and have to for some missions.

The length of the overall game is also great. I have played some where it is all over in a few short hours. Sakura Wars gave me a solid 20 hours of gameplay. I did pan that out a little with side missions as well as side games that are in the game. Once completing the game there is a great replay value to try and unlock alternate endings. That and taking on side missions you may have missed and perfecting battles to get an S ranking all add to the love for this game.

The plot is slightly annoyingly predictable and you can see the storyline hours before it unfolds. It also doesn’t help that the bad guys in battle are very generic. The characters are a little dull and could do with some more development. One characters goes through the same story arc a few times in the game. I did struggle to feel any emotion toward any of the team throughout my time. The bumbling response choices when you are in conversation became very easy to decide the best choice for a response. It was usually the same directional choice all the time. At first it was more a hit and miss thing and you do get belittled a lot for your bad choices. A second later the team are following you into battle!

There is no real punishment for decisions you make unfortunately, you still get to play the game out without any impact. The romance within the game is mediocre at best. It felt like I was trying to control a 12 year old boy who has never spoken to a girl before. Embarrassing emotions do start to get annoying and fast as well as repetitive.

The action involved with the games battle areas is great. They have ditched turn-based combat in favour of free flowing hack n slash. The mechs you pilot all look great and fighting is a joy as there are only a few buttons involved. Rather than over-complicating things, Circle is a normal attack and Triangle, a harder attack. Press R1 to evade an incoming attack. It’s that simple. There are special attacks as well once you have built enough power to deploy them. There was just one issue. When in the middle of a combo attack I tried to line up triggering the special attack toward the end of it, but if my character was moving even the slightest bit it wouldn’t trigger. Having to to be stood completely still and loose the flow of fighting was really frustrating.

You don’t upgrade your suits or characters through the game which does leave way to starting to feel like the fights all become a little stale after a while. I would have liked a little challenge with them at some point but it never arrived.

A lot of visual novels stick to a character in front of you on screen chatting crap and you falling asleep. There is never any real action to the games. Sakura Wars is different. There are plenty of action sequences to behold throughout, but they mix it up. Rather than everything being in the games graphics there are some great action scenes which do use full on Anime visualisation. Short 60 second + sequences featuring the jumpy animations of Anime movies that they are famous for. There are action sequences in the games animation as well, but the balanced mix of both is beautiful.

A work of art in more ways than one as well as a fun story, Sakura Wars delivers. I loved the way that at the end of every chapter in the game we had a “Next Time on Sakura Wars” Anime styled scene and not once did I start to become bored with what was happening in front of me. Yes, the game does have it’s issues, but what game doesn’t?

Looking for a well presented game? Sakura Wars delivers. I use the term Game rather than Visual Novel for the title. You are involved much more than other Visual Novels. It is easy to see this being a great success.

I have to give Sakura Wars a 8.5/10. Definitely one of the better Japanese games I have played and will go back to it at some point to clear up on trophies as well as unlock different endings.

**PLEASE NOTE: AIR Entertainment were kindly supplied with a review copy of the game. This has in no way influenced my views as per our Review Policy**

Want other visual novels? Try these.. 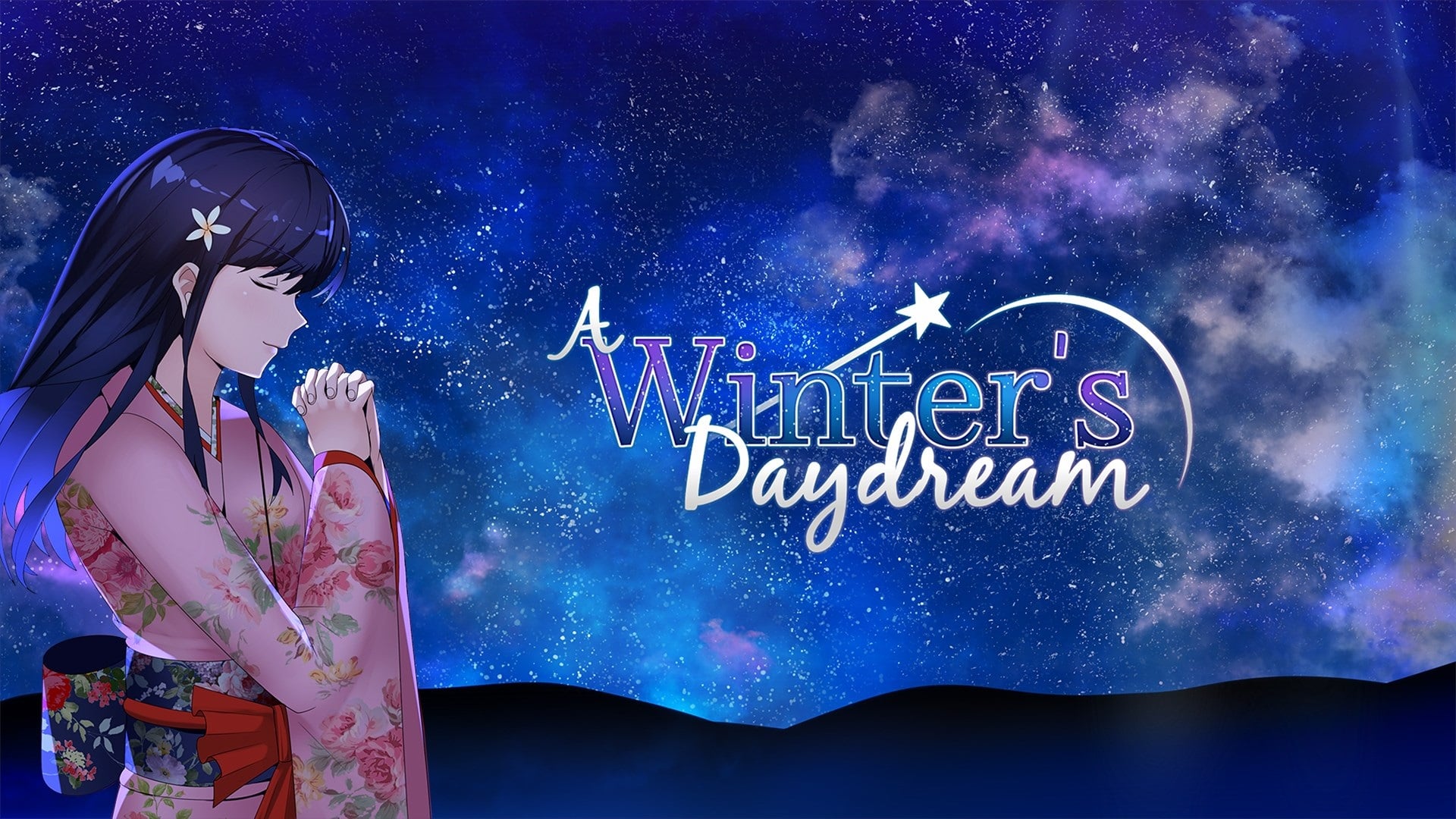 A Visual Novel that has no place on a console

A new way of playing a visual novel, and boy is it a good way

Hey, can Emotional Support Visual Novel be a new subgenre?

I’ll set this right straight from the outset on here. Song of Memories really isn’t a game, its a Visual Novel with precious little interaction in the traditional way. That being said,...