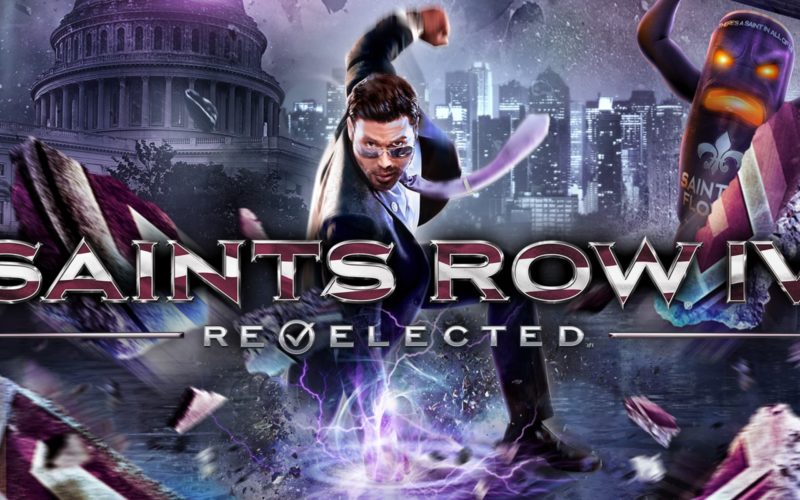 Ever since the very first Saints Row release I and many others wanted a handheld version. Volition did have one in the making with ‘Saints Row: Undercover’ dating back to the PSP. unfortunately that was cancelled, But gameplay does exist online. There is even a downloadable ISO that was posted by Volition. If you are a fan of Saints Row I highly recommend watching Volition’s YouTube channel and watching their dev build streams from 2015 (HERE). though unfortunately they no longer make them.

The Nintendo Switch version of Saints Row: Re-Elected is exactly the same game as all other platforms so if you own it on them and aren’t particularly interested in the portability that handheld offers, then give this one a miss as it feels like a lazy port unfortunately.

The controls are pretty good and easy to get used to until you try to aim, I can’t put my finger on it but I really struggled to aim with the Nintendo Switch Joycons. Ultimately I had to resort to connecting a controller up, which kind of kills the whole handheld experience of the game.

One thing Saints Row IV Re-Elected does right on the Switch are the graphics and gameplay. Throughout my whole time playing I didnt endure any significant frame drops.

All Hail The Handheld, but is it worth a buy?

Saints Row IV: Re-Elected on Nintendo Switch is a beautiful looking game with subpar controls. But if you can get past the horrible aiming then it may be worth it for the portability of a Saints Row game!

while you’re here, why don’t you check out our newest Saints Row The Third review.

The Saints are back and slicker than ever

BE MORE SAINTS! SAINTS ROW® THE THIRD™ REMASTERED ANNOUNCED FOR 22 MAY