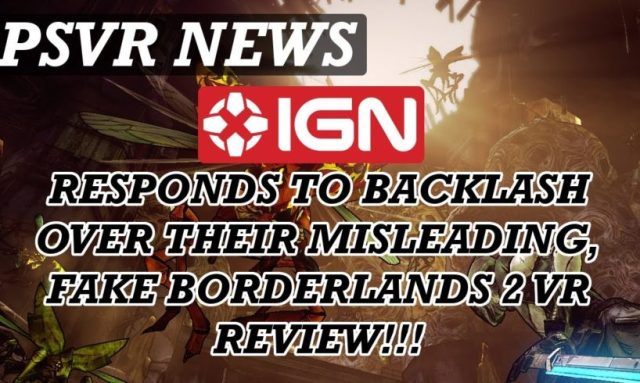 Now, believe me, this article is not an attack on another website, but the main annoyance for me is this.. Let me tell you how things work here. Game Developers and PR Companies want to get the word of their game out to the public and that’s where us reviewers come in to things. We are kindly given early access to a game sometimes a couple of weeks before release so that we can sink in enough time to write a factual review of that game and build our thoughts. Yes, a lot of the time, the builds that we get our hands on are broken and full of issues, but the developers have time to fix those bugs before the release (and generally do) and when we are sent our review keys we are also given a factsheet which does point out the known bugs that developers are working to fix. I personally also do contact whoever has sent me out a game code if its an early access to review before the release with any issues I find whilst playing so they can be fixed for the general public.

So, thats that part of it covered. A lot of the larger game companies won’t even entertain the idea of giving out game keys to any site that has less than 50K or even 100k visits per month so for teams that are setting out into the world of game reviews; good luck to you. We have been running now for 18 months and for 12 months of that we had to buy a lot of the games we reviewed ourselves and also review a lot of Indie Games just to start making a name in this industry. We are now in a fortunate situation where people are taking us seriously and if any of the companies who took a chance on us and realised that we are passionate gamers who tell the truth from our own point of view in reviews that we write (NO, we are not paid to write glowing reviews like a lot of other sites are) are reading this article then may I take this opportunity to personally thank you.

Then we get on to IGN. Obviously they have built up a reader basis for their articles and reviews so they are hitting any target they may need to so that the likes of Capcom, Rockstar Games etc will hand out codes without question, but they have royally slipped up this time.

Whats happened I hear you ask? Well lets break it down for those of you that havent heard.

The initial review that was posted for Resident Evil 2 had text crossed out and an editor’s note at the side to say it was inaccurate and is being revised. The problem is, when you read the text that has been crossed out you can tell that the person who was reviewing had obviously either never played the game at all, or even the original from 21 years ago, or had played for an hour and thought he/she knew enough about the game to be able to write a review. Most people know that have ever played a Resident Evil title that both character stories run alongside each other, but certainly don’t follow the same path. Weapons are different as well as any puzzles you encounter. Also the path you take with each character is different.

Then there is also this piece of text that has been edited. Yes, when you complete the game you do unlock a New Game [Second Run] mode (which I haven’t started on myself yet) but you certainly don’t have to finish the game to be able to play as the other character. So IGN team members are just proving to the public that they either don’t even bother to complete a game before reviewing it before their embargo time which we all try to do to be able to be one of the first sites to get our review out into the public eye, or the reviewers they hire/employ have no actual gaming history for themselves whatsoever.

How did IGN try to keep Capcom sweet for these major cock-ups? Well that’s simple; give the game a better score than the first one so that the developers will look favourably on them and quote their high score for any future media that is produced. Why the hell make it so obvious? If there were issues within the initial review, they need a much better chief editor than the one they currently have to check articles before they are made public.

Now, AIR Entertainment pride ourselves on truth but also we have a long history of gaming between our writers, I personally have been gaming since the very early 80’s. We also believe that if a game is crap, we will tell you that its crap. We are not here to panda to developers and the PR companies so they sell units, we are here for the gamers who have to pay out to play these games.

The other major problem is that this isn’t the first time IGN have messed up reviews. The review for Ace Combat 7 completely missed talking about the VR within the game and they have also written fake reviews previously for other games.

Just as a word or warning. Think on which reviews you read and also keep in mind what goes on in the background to get games to review and how other sites will score games to keep people happy.. they don’t actually care about the gamer, they care about site visits to generate money from the adverts they run and trying to keep the Game Companies happy.

All that being said, our team have 2 reviewers currently playing the game as we had to buy it on release day which wasn’t an issue as we are both Resi fans and we will endeavour to get our review out as soon as we can