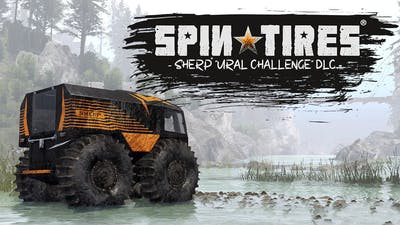 Our Spintires SHERP Ural Challenge DLC Review took a wild ride in this driving simulator add-on, released on Steam for PC on 31 July 2020. The developer and publisher is Oovee Games. We take a look at the extra features added to the base game, as well as the main control mechanics.

We want to mention upfront in our Spintires SHERP Ural Challenge DLC Review is that we haven’t played the based game before receiving the DLC. In a way, this article is as much about the main game as it is about the add-on pack. We’ll try to focus on the DLC as much as possible, though.

How hard is it to drive through the terrain? What are the challenges like, and will you enjoy the new features? Find out in our Spintires SHERP Ural Challenge DLC Review.

While the base game made many gamers happy, the DLC added a few more features that we explored in our Spintires SHERP Ural Challenge DLC Review. At the fore is the SHERP range of vehicles, featuring the 4×4 ATV and the 10×10 ARK ATV. These monstrous vehicles will take you through most of the terrible terrain you’ll encounter.

For those of you who haven’t played a Spintires title, each map has a select number of missions you can complete. There’s no main storyline leading you progressively from one map to another. You select a map, doing your best to complete all the challenges with your selected vehicle.

We were treated to a new region for our Spintires SHERP Ural Challenge DLC Review. The developers used the Yugyd Va National Park for inspiration, hailing from the Ural Mountains. You’ll need to collect resources in some tough situations if you want to proper in the missions.

Here are some other new elements worth mentioning:

We’re just going to go ahead and state for this section of our Spintires SHERP Ural Challenge DLC Review that the gameplay is incredibly challenging. Since it was our first time playing the game, it became infuriating working out how to cross different terrain.

You need to spend a good amount of time, several hours actually, before deciding whether you like the driving simulator. We didn’t give up for our Spintires SHERP Ural Challenge DLC Review and kept trying. Eventually, we learnt that there is some strategy involved.

It’s all about learning which terrain you can cross and in which mode to switch the vehicle. Once you understand your missions, you may need to restart the map so you can begin with a different loadout or tools. There were plenty of times where it felt like the game wasn’t working properly, though.

Becoming used to the controls and landscape doesn’t make the game any easier. We aren’t ashamed to admit that we rage quit several times. If you lose your temper quickly in games, steer completely clear of this title.

For those of you who already own the base game, the DLC will be a piece of cake. As a matter of fact, many of the updates in this add-on actually make it better. If you’re already an ace at driving through these muddy lands, then the low price on Steam is a steal.

Where the game really shines for our Spintires SHERP Ural Challenge DLC Review is the graphics. We were initially worried that the game had bad design elements until we realised we had to set the graphics to the highest quality. After that, we were pretty pleased with the design.

We particularly loved the revving sounds for this Spintires SHERP Ural Challenge DLC Review. There are new sound effects and music in the DLC, which fans of the base game will enjoy. It really feels like you’re crunching your way through the mud and stone on the mountains.

When we first played the game for our Spintires SHERP Ural Challenge DLC Review, we wanted to throw it to the farthest reaches of the planet. However, it requires skill and patience to master these lands. Gameplay may be entirely frustrating at times, and there’s no progressive storyline, but you’ll enjoy the missions per map. The graphics are stunning, while there are a few more tunes available in the DLC.

If you have the base game, then $3.99 makes the Spintires SHERP Ural Challenge DLC worth buying. 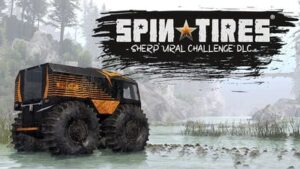 Our Spintires SHERP Ural Challenge DLC Review looks at the new add-on to the award-winning Spintires game. Read more about the main features in our detailed review!

The graphics and new sounds are superb, while you have a new map and vehicles to enjoy. Gameplay will be immensely frustrating for new players.

Shaun M JoosteOctober 17, 2020The graphics and new sounds are superb, while you have a new map and vehicles to enjoy. Gameplay will be immensely frustrating for new players.8.0110
Your RatingUser Rating: 0 ( 0 Votes )
Previous PostAmong Us Top 5 Custom Game Modes You Didn't Know Existed! Next Post Re:Turn - One Way Trip Review