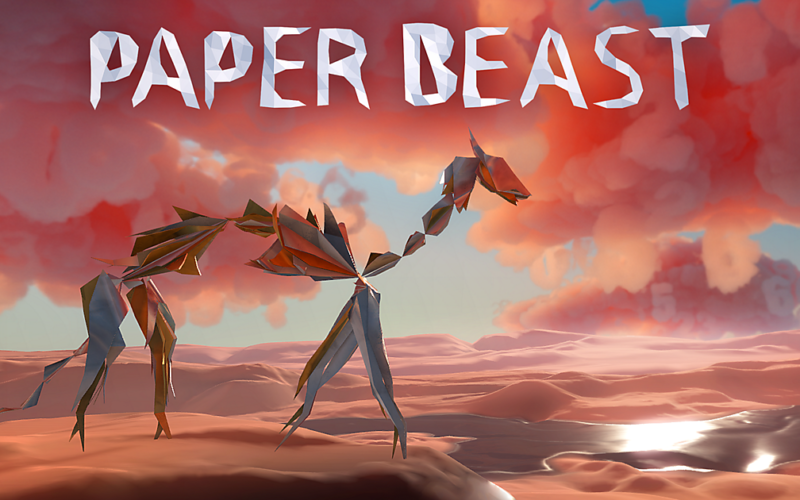 Paper Beast is a 2020 VR adventure game developed and published by Pixel Reef. Find out if it’s worth buying in our Paper Beast PC Review!

If you are looking for something new, find yourself immersed in Paper Beast. Here you can discover a new world where creatures and plants have their own ecosystem. A spectacular Origami world full of animals, origami landscape and a colour palette that is gorgeous and easy on the eye to visually immerse yourself within.

One of the fantastic details this game has perfected is its attention to detail on the smallest of things. As the expression goes ‘Enjoy the little things.’ If you know that reference, then great! I noticed the wildlife would often leave behind beautiful footprints in the sand as they travelled, additionally a great deal of work has also gone into the sounds that the majestic creatures make as they communicate with their surroundings.

I really admire the artwork put into this, it is simply incredible. you play as an observer of a strange world whilst playing puzzles/challenges to continue your journey though. The ecosystem is like ours – heavily emphasising on earth elements; Water, Wind and Earth. Wind to give off the creatures were breathing, water to drink and earth to grow the essential food, the herbivores would need to eat plants.

The in-world biomes are created perfectly, nothing feels out of place, it all just… Fits. You start in a desert biome, with a giant creature giving you the movement ability and it basically follows you around, like a little lost puppy. However, Banjo (I have named the giant beast) has become the eye of the game, in my opinion. He quickly became my most likeable character.

The carnivores in the game were a delight to watch – They do what they need to do to survive. It was the circle of life in the form of a video game and it was a delightful asset. Some of the other creatures I saw reminded me somewhat of Dougal, from the Magic Roundabout, To bring back a true childhood programme. Which I am sure was not intentional but was still was a personal bonus. Each beast has its own characteristics and behaviours, much like animals we are all aware of to this day.

It wasn’t all roses though. I found it hard to distinguish identity within the game. Paper Beast could have provided prompts as there were a few times, I was wandering aimlessly trying to figure out where to go or what to do.

Other games would normally teach you how to play or nudge you in the right direction. I also would have loved more interaction with the animals around you, the ability to hold animals or even tame one would have been a fantastic touch. one could argue that maybe that is not all bad, maybe it is the developer’s method of distinguishing between animals in their natural environment and the pets/companions we have at home. Encouraging us as a species to not interfere, however good our intentions…

At first, I was led to believe it was a simulation game as in the beginning, you catch creatures, you observe their behaviours, you follow a giant beast who leads you through the landscapes. Though humorously, After leaving a cave full of these challenges, you hit an orb to see it showing a crab shuffling through the sand informing you that it is in fact, not a simulation game. (Unless there is red herring.)

I found the music very calming, yet seeing as it is a more passive game, it does compliment the game perfectly. It has a slight bit of music that does give off an impression, something will occur. Whether good or bad, you feel the suspense.

As a VR exploration game, it does have the wow factor and it really does make you think about how much beauty there can be in our surroundings. In conclusion, I will be playing this game again. For people who enjoy puzzle challenges and love looking at immersive 3D objects. This is a world that will leave you wanting more. A breath-taking visual effect that will keep you in your seat. It is real-life features for imaginary creatures, gives it a whole new world.

*This review was carried out without the VR experience. so our review excludes any judgements on the games VR capabilities. A copy of Paper beast was provided to us for free by the game’s developers. This has in no way impacted the scoring or leniency of our review. Read our Review Policy Here*

Great! - Paper beast is as much art project as it is game. The visual beauty of the world and the events that unfold around you is generally stunning. The gameplay sometimes falls a little flat, however.

NaomiHarrisonJanuary 20, 2021Great! - Paper beast is as much art project as it is game. The visual beauty of the world and the events that unfold around you is generally stunning. The gameplay sometimes falls a little flat, however.7.5110
Your RatingUser Rating: 0 ( 0 Votes )
Previous PostAncestors: The Humankind Odyssey – How I am definitely not qualified to be a human being in 2021 Next Post Review : The Uncertain - Last Quiet Day - Still worth it in 2021? 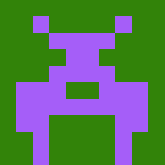