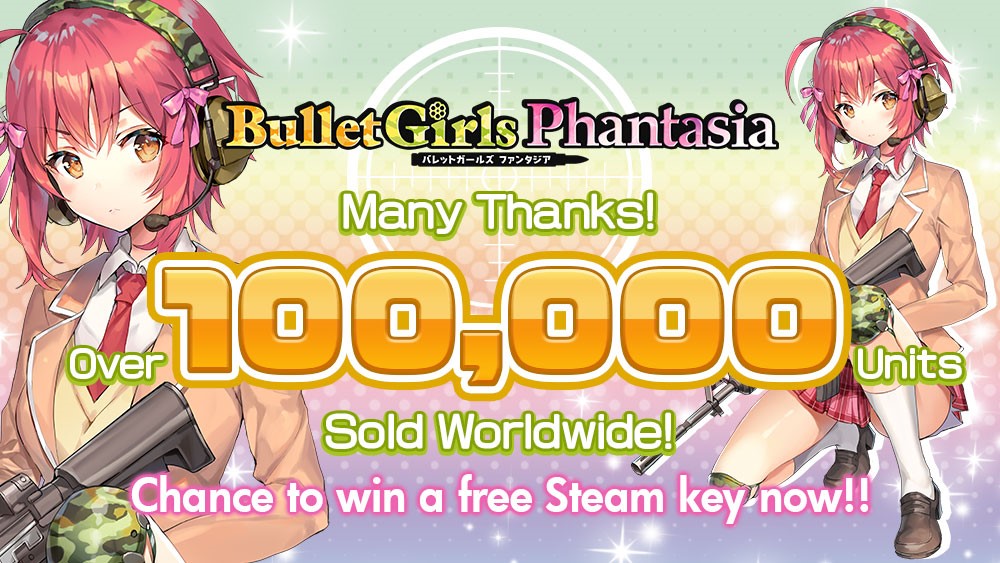 This morning, I received news straight from Atsushi Kamata, News Director and Editor for game developer D3Publisher, that they are hosting a competition for free steam keys for two of their games.

PLEASE NOTE THAT BOTH GAMES CONTAIN SENSITIVE CONTENT SUCH AS NUDITY AND SEXUAL SUGGESTIVE ACTIVITY.

These figures are based on the total number of both physical and digital sold in Japan and Asia regions for PlayStation4 and PlayStation Vita (including the BEST edition), including the PC version (Steam).

So for all the gamers out there who also classify themselves, or are classified by others, as perverts, you get the best of both worlds (gaming and nudity).

50,000 is the total number of both physical and digital sold in Japan and Asia regions for Nintendo Switch “Omega Labyrinth Life” and PlayStation4 “Labyrinth Life”, plus the digital version sold in other regions (US and EU territories) and the PC version (Steam).

This will probably be the next game I review. But if you want a chance to win a free code for this too, here is how:

Good luck to everyone entering and I hope some of you guys win!!

TagHentai Japanese Nudity
Previous PostBuild Your New Kingdom, now on PS4 and Xbox One! Next Post Eli Roth to Direct ‘Borderlands’ Movie Based on Hit Video Game for Lionsgate