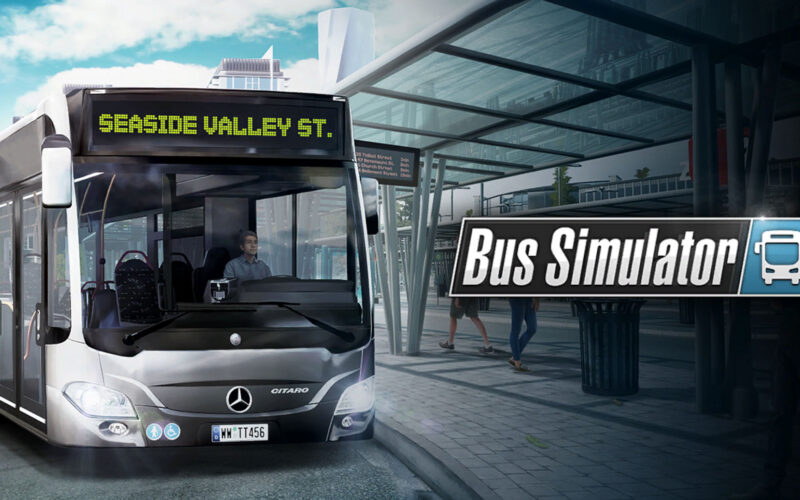 Welcome to our Bus Simulator Review!

Bus Simulator 18 originally launched for PC on 23 June 2018. It was followed by the PS4 Bus Simulator release on 17 September 2018. With the new DLC packs that launched recently, we decided to give this simulation game a full Bus Simulator Review. While we played both the PS4 and PC versions, our main focus will be on the PS4.

We also received the following DLC packs, which we’ll briefly look at in this review:

What’s it like being a bus driver? Does it bring the realistic bus driving experience in this simulation game? Is it solo play or multiplayer? Find out more in our detailed Bus Simulator review below!

This simulation game sets you on a journey of owning your own bus company. You can give your business any name and also customise your avatar. Once you’ve set everything up, you’re ready to roll.

You start off with a single bus. There is a short tutorial, which forms the basis of the first missions. Only one small area is available at this point, but as you play further through the story, you unlock more locations.

Eventually, you’ll earn enough to buy another bus. This feature gives you the opportunity to hire a driver. While you drive your route, your employees will perform their routes.

The main purpose of the simulation game is to unlock all routes, buy all buses and create a massive bus empire. Make the mayor and stakeholders happy, and you’ll unlock some extra goodies. You can level up your character, as well as each of the bus stations.

Playing Bus Simulator on the PS4

When it comes to discussing the gameplay in our Bus Simulator review, we’re impressed with how the controls handle. You can access the most important functions through the buttons and triggers. There’s also a radial wheel for extra tools.

The part we really enjoyed was that you can look at buttons and knobs inside the bus and press them. It gives you the realistic feeling of being a bus driver. You can also stand up and leave the bus, or head to a passenger and tell them to switch their music off.

Which brings us to the NPCs. You can tell that the developer wanted to give as much interaction with the characters as possible. You can pick up dirt, tell a guy to stop blocking the door, or engage the wheelchair ramp.

One of our favourite features was the ticket machine. Some passengers will ask to buy a single, day or week ticket. There are also options for Student, Regular or Senior tickets. At the end, you’ll have to give them change by pressing the right coin buttons.

Besides riding the bus, the other Bus Simulator review game mechanic worth mentioning is planning your routes. As you unlock new bus stations, you need to work out how you will cover them. You can either drive through them or send one of your crew.

Each trip provides you with a report. You’ll lose points and receive fines for hitting potholes at full speed, not using your indicator properly, or speeding. There’s a hefty fine for hitting a pedestrian. The screen goes white and you reset before the location of the incident.

You’ll also receive merits for doing things the right way. In the end, we feel that there’s a good balance for our Bus Simulator review. You’ll either receive a good or a bad score for your actions, so I feel there’s a definite reward for driving properly.

As if driving and managing your fleet isn’t enough, you can customise each bus too. Most of the features are visual only, which we’ll discuss more in the Bus Simulator review for graphics. The fun part was adding advertisements, which brings in extra income.

Let’s discuss replayability in our Bus Simulator review for a moment. Like any good simulator game, there’s no real end to it. Sure, the main missions come to a conclusion. Yet, you can keep on driving and making money until you die of boredom. It’s also worth mentioning that the story took us several days to complete.

We found the graphics absolutely amazing for our Bus Simulator review. You can choose whether to drive at day or night, and decide on the whether. While it’s a welcome feature, it doesn’t really feel realistic.

However, during our exclusive Gamescom 2020 discord meeting with Astragon, we were informed that Bus Simulator 2021 will change that, with a more realistic time and weather system. But, more on that in our Bus Sim 21 demo preview soon!

Another issue in our Bus Simulator review is that there were too many NPCs that looked the same but sounded different. There aren’t many character models for variation. However, we’ve been told that will change for Bus Sim 21.

For the rest, the interior of the bus looks immaculate. You can also saw mountains in the distance, and the buildings look great. The draw distance makes the hills look bad at times, and more detail could have been added to some of the structures, but it still looked good.

Another aspect that shines for our Bus Simulator review is the sound. The amount of sound quality and detail matches the superb graphics. Every bus sound is pristine, as well as the noises from outside.

You’ll also hear your passengers talking. The subtitles will help you read what they’re saying if you can’t make it out. In the beginning, you’ll enjoy the banter and humour of ‘I sometimes feel like I’m just a NPC in a game.’ Eventually, you’ll get tired of hearing the same conversations replay over and over.

There’s also music you can play with the bus radio. The selection isn’t that great, but at least it’s something. I was hoping we’d get real online stations, like in American Truck Simulator or Euro Truck Sim 2. But…. ok, we’ll save that for our Gamescom Bus Sim 21 sneak preview.

Since we only received the simulation game recently for our Bus Simulator review, we’re a bit late to the party. We also received the latest DLC packs, which have the same features as mentioned above, but with new items.

We’re going to quickly highlight what each pack contains. The below DLCs also unlocked new areas on the map.

With the Setra Bus Pack 1 DLC, Bus Simulator players can look forward to two new officially licensed and faithfully modeled buses of the well-known brand Setra, which have never been seen before in any other simulation game: the Setra S 412 UL and the Setra S 417 UL business of the manufacturer’s popular MultiClass UL series.

The two-axle and two-doored Setra S 417 UL business has a length of 13.38 meters and offers 59 seats, while the 10.81 meter long and maneuverable Setra S 412 UL is equipped with 45 passenger seats in total. Two really nice coach buses that are great for travels through the outskirts and rural areas of Seaside Valley, perfectly complementing the bus fleet of the main game.

There’s so much we probably didn’t cover in our Bus Simulator review. For instance, seeing your crew pass you on the road while you drive a route. The simulation game is so massive. Every feature in the game is so fantastic, with one or two small flaws.

Overall, we absolutely recommend Bus Simulator, and look forward to the new Bus Sim 21. We’d say get this Bus Sim game so long to prepare for the new one. You won’t regret it, although personally we preferred the PS4 version for the game, and the PC version for multiplayer due to needing PS Plus membership.

The simulation game is excellent for all the aspects, with a few flaws in the mix. It's an outstanding game to prepare you for the upcoming Bus Simulator 21.

Shaun M JoosteSeptember 11, 2020The simulation game is excellent for all the aspects, with a few flaws in the mix. It's an outstanding game to prepare you for the upcoming Bus Simulator 21.8.5110
Your RatingUser Rating: 0 ( 0 Votes )
Previous PostCyberpunk 2077 Giveaway! Stand A Chance To Win The Game! Next Post The Sims 4 Star Wars Journey to Batuu Review